The hope stems from a federal ruling blocking a new rule that would cut power-plant emissions. This could help increase coal production and bring better-paying jobs back to coal country.

Matthew BrownJohn Raby
In this Oct. 6, 2015, file photo, Superintendent Jackie Ratliff, a coal miner, holds coal running through a processing plant in Welch, W.Va. For the long-suffering communities that depend on coal, a recent Supreme Court ruling temporarily blocking greenhouse gas reductions was seen as a rare victory.
AP/David Goldman

(AP) — The U.S. Supreme Court has delivered a commodity that is hard to come by in coal country: hope.

Hope that by blocking a new federal rule cutting power-plant emissions, the court has turned the tide after years of regulations and declining production. Hope that the jobs that once brought good wages to people who desperately needed them will come back. However, these hopes have been tempered by another, grimmer thought — that this development might be too little, too late. That it's false hope.

For the long-suffering communities that depend on coal, last week's Supreme Court ruling was seen as a rare victory. The justices ruled 5-4 Tuesday to freeze the Environmental Protection Agency's plan to reduce the nation's carbon-dioxide emissions 32 percent by 2030 while legal challenges against the regulations are pending.

Those regulations, a key component of President Barack Obama's plan to fight climate change, focus on cutting pollution from coal-fired power plants and are viewed as a possible knockout blow to a staggering industry. The high court's surprising decision to issue a stay even before the Court of Appeals heard the case was seen by many as an indication it was hostile to the regulations.

To Joshua Johnson, 29, the Supreme Court's ruling was as welcome to him as a sunny day in spring in southern West Virginia. He still wears his Independence Coal mine jacket two years after he was laid off, as he struggles financially to take care of his three kids full-time since his divorce. "I'd love to get back underground today," he said. "Coal will open back up. I think once we get a new president, coal will come back up. I think he was just so against coal."

For elected leaders of both parties in coal-producing states, "Obama" has been the easy answer to why the coal jobs are going away. So it's no wonder that the Supreme Court's ruling was hailed by politicians as a "real ray of hope."

"Things are not going to change overnight but we have an opportunity to have a comeback now," West Virginia Attorney General Patrick Morrisey said. "This is the decision we've been waiting for and now we get to move forward and try to put people back to work." But the reality is more complicated. Pointing out that free-market forces — higher mining costs, decreasing demand and cheaper natural gas — are dragging production down doesn't pack as much of a punch as roasting the White House's environmental initiatives.

U.S. Rep. Hal Rogers, whose district comprises most of coal-producing eastern Kentucky, acknowledged the Supreme Court's action may not be enough, even if the courts overturn the EPA regulations. "Certainly the decision is favorable. But much of the damage has already been done," said Rogers, the longtime chairman of the House Appropriations Committee. "Many of these coal-fired power plants have already switched away from coal. And it would be very expensive to switch back."

Some of the nation's largest utilities started making the switch even before Obama's Clean Power Plan was announced about two years ago. They saw how the long-term trends stacked against the industry: Cheap natural gas, a declining global market and decades-old pollution laws just coming into play.

Meanwhile, output from coal mines across the U.S. continues to drop. Production is projected to total 834 million tons this year. That would be the smallest amount mined since 1983, and a 17 percent drop from just two years ago, according to data released this week by the U.S. Energy Information Administration.

American Electric Power, which has 5.4 million customers in the South and Midwest, generated 74 percent of its power using coal a decade ago. That's down to 51 percent, spokeswoman Melissa McHenry said. "The company was based in coal country. The fuel was there," McHenry said. "Now things have changed and we're looking to diversify our fuel mix."

AEP will retire 11 coal plants by the end of 2016 in a process that started last year. The utility wanted to avoid the cost of retrofitting the aging facilities and is putting its money instead into alternatives such as electricity from natural gas and wind turbines.

Duke Energy Corp. the largest electric company in the U.S. serving 7.3 million customers across the Southeast and the Midwest, has spent $9 billion over the past decade to scrap a quarter of its coal-burning capacity and build eight new natural gas plants in North Carolina, Florida and Indiana, along with two more efficient coal plants.

Similar changes are underway in the West. Washington-based Puget Sound Energy is pushing legislation that would enable it to close down two of the four power-generating units at one of the largest coal plants west of the Mississippi, the Colstrip Steam Electric Station in eastern Montana that the utility co-owns.

Despite these trends, industry supporters say the stay of the Obama administration's plan prevents an even harsher future for coal, at least temporarily. If implemented, the federal rule would drive down mining production from the largest coal state, Wyoming, between 20 to 45 percent by 2030, according to a 2015 report by the Center for Energy Economics and Public Policy at the University of Wyoming.

"Anybody who tells you that the Clean Power Plan wasn't all that important anyway either doesn't understand the industry or is being a little disingenuous," said Jeff Holmstead a former EPA official turned coal industry lobbyist. "There still may be retirements in coming years, but it will be nothing like what would have happened."

On a recent morning, two long coal trains snaked their way through Madison, West Virginia, surprising Ronald Nelson, who was holding court at the Barker Hardware store. "That's not happened in months," he said. The longtime railroad engineer estimated in Boone County alone, the railroad runs 75 to 150 carloads of coal each day, compared with up to 2,500 per day several years ago.

The appearance of those two trains doesn't shake Nelson's belief that what's done is done, and that the Supreme Court's actions will only delay coal's downward spiral. "It's inevitable," he said, before adding: "I hope it's not."

That ambivalent pessimism is shared by miners and former miners who have stared down the black hole of the industry's future and aren't convinced that a stay of execution by the Supreme Court is likely to last.

The black soot on Jason Ferrell's face from a long night of mining was as dark as the cloud hanging over his future. The 32-year-old Alpha Natural Resources miner was among hundreds who had received layoff notices in recent months. His time with the company could be over at the end of March.

He's lived in Chapmanville his entire life, but now he and his wife are asking themselves questions they never thought they'd have to consider. "I know my wife won't move," Ferrell said. "But I'll have to go somewhere."

For him, it's clear what will happen if the courts don't permanently block the federal emissions rule. "If they don't overturn it, I think coal will be gone," he said. 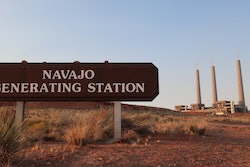 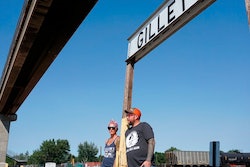 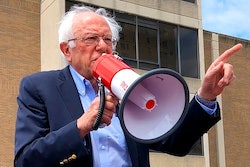