His wife, an anesthesiologist, shot down the first prototype.

Like many hospitals and clinics around the country, UW Health in Madison, Wisconsin is facing a shortage of face shields stemming from supply chains challenged by the ongoing COVID-19 threat. However, unlike other communities, UW Health has Lennon Rodgers.

Rodgers is the director of the Engineering Design Innovation Lab at the University of Wisconsin. When he received an urgent email asking about his ability to produce 1,000 face shields for UW staff, he went to work. His story was recently chronicled by Wired.com.

Hitting up local hardware and craft stores, he was able to find supplies good enough to produce a prototype, which his anesthesiologist wife succinctly shot down. Armed with her feedback, Rodgers contacted Jesse Darley, a mechanical engineer at the design firm Delve, and Brian Ellison, a business development manager at manufacturer Midwest Prototyping.

The trio took insight from Rodgers’ wife in tailoring their design to meet both practical needs, as well as infection control standards.

Midwest Prototyping then began assembling the prototypes, with Rodgers often riding his bike to and from the manufacturer and hospital in sharing feedback and picking up materials.

The team also tagged in professor Tim Osswald, an expert in polymer engineering, to help select materials and find suppliers, which included national distributor McMaster-Carr. A local plastics company was also found that would create a custom die to punch out faceplates more quickly.

On Wednesday, March 18, the team received approval from UW Health, and Midwest Prototyping began production. Rodgers then posted Darley’s drawings online, along with requests for suppliers and manufacturers to get involved, as well as for medical facilities in need of shields to reach out.

The design requires three pieces and is fairly simple to make. The bill of materials calls for polyethylene faceplates measuring 9” x 13”, a 13” elastic headband that is stapled to each faceplate, and a short, 1” thick piece of self-adhesive polyurethane foam that is positioned on the faceplate at the wearer’s forehead.

Rodgers recently told Wired that he’s received requests for more than one million of the masks. 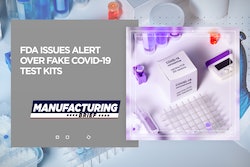 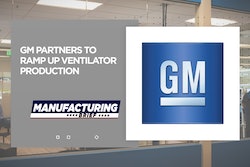