They ran out of valves that were helping people breath. So, they started 3D printing them.

Supply chain disruption and a lack of resources have forced medical professionals gripped with the COVID-19 pandemic to make some impossible choices.

Every region is working to contain and navigate the virus, but the healthcare industry remains strained. Supply shortages that are crippling nations will be felt in many other places. Still, one story coming out of Italy, via 3D Printing Media Network, shows how innovation and 3D printing, in particular, are being used to help save lives.

The story comes from FabLab president and co-founder, Massimo Temporelli, as translated from his Facebook posts.

A reporter told Temporelli that a hospital in Northern Italy was running out of valves used in a CPR tool, and the supplier couldn't make them fast enough. Without the valve, people would die.

He reached out to his professional network and found Isinnova Founder and CEO Cristian Fracassi, who brought a 3D printer to the hospital. Within a few hours, he reengineered the missing piece and started printing.

The valve was tested, and it worked. As of Friday, March 14, 10 patients had CPR machines with 3D printed valves.

According to the report from 3D Printing Media, after the first ten valves were printed, another local company, Lonati, used a laser powder bed fusion 3D printer to manufacture many more parts.

Temporelli has opened up the Italian Lab network to other hospitals if the shortages impact them, and 3D printed parts could help as a stopgap in supply chain disruption.

Cristian Fracassi says that while he acted quickly, it's only because of 3D printers that he could manufacture a small production run that would be impossible on an industrial scale.

If anything, Fracassi wants people to remember that a community of professionals raced against time and saved lives. Other than that, he wants the focus put on the real heroes, the medical workers putting in long shifts to help keep people alive. 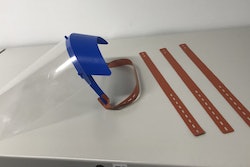 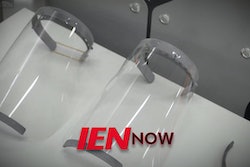