They call it the Gunslinger program.

To me the Defense Advanced Research Projects Agency, or DARPA, has always felt like part SHIELD, the ultra-techy top-secret spy organization from Marvel Comics, and part Inspector Gadget with his set of crazy, yet somehow practical arsenal of Go-Go-Gadets.

I’ll let you decide which of those is the best match for its most recent concept.

By name alone I’d say the Gunslinger program, which DARPA describes as an air-launched tactical range missile system coupled with a firing mechanism that allows for engaging multiple targets, is a bit more super hero than comic relief.

As reported by Task & Purpose, the proposed system combines the maneuverability and range of a missile with the scalability of a machine gun. In theory, the Gunslinger could be launched from miles away, only to acquire and fire at multiple targets from close proximity instead of simply exploding into the ground, bunker, ship, or whatever.

One site, The War Zone, has dubbed the weapons concept an "unmanned flying machine gun.”

The realities of such a system seem straight out of a comic book, which is probably why the Gunslinger is still securely nestled in the crawl stage. Funding is focused on studies that will identify the best methods of propulsion and communication, as well as identifying the optimum munitions and sensing devices that could be utilized.

So even a prototype is probably still years away. That said, the agency is allocating $13 million for the program in its 2021 budget. 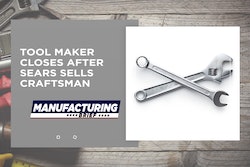 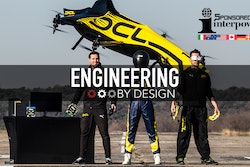