This could protect homes from devastating wildfires. Also, AI replaces engineers and robots are learning from being bullied.

Robots Learn from Being Bullied

Bullying is never justifiable, but when someone knocks the books out of your hands, you hold them tighter the next time you pass by.

A team of researchers is employing a similar "tough love" technique, but they are using it to train robots.

During initial research, the team from USC found that when robots are allowed to roam free in the wild, they are often bullied by humans.

In this particular case, they watched as unsupervised kids kicked, punched, and even threw things at a robot in a mall. But we know from experience that it's not just kids who act in an adversarial manner. Just last week, researchers at the University of Illinois and MIT were hitting Little Hermes with a hammer.

However, the team from the USC Viterbi School of Engineering found that such behavior can help robots adapt, learn, and improve.

For the experiment, they took a robot in a virtual environment and asked it to pick up an object. After the robot picked it up, the researchers swatted it out of the robot's hand. As they continued, the robot learned how to hold the object with a stronger grasp to make it harder to knock loose.

Until now, researchers have tried to teach robots by showing them how to perform a task. This study found that the robots learn and adapt by trying to stop them from completing the job -- and it's more efficient. The adversarial actions made the robot twice as successful at learning how to grasp an object.

Next, the researchers will work with a real robot arm, something that could potentially push back. However, they insist that while their algorithm has proved successful, robot training will require a balance of tough love and encouragement.

New work out of the Carnegie Mellon University College of Engineering has found that artificial intelligence can be trained to imitate engineers and use human design strategies to solve problems.

The findings are part of a larger project sponsored by the Defense Advanced Research Projects Agency (DARPA) about the role of AI in human/computer hybrid teams, specifically how humans and AI can work together. In this particular case, we're working with AI to offload the busy work.

When engineers use AI, they typically have it solve a problem within a defined set of rules. In this new study, the AI learns from human behavior and then applies it to the design.

The study specifically looked at trusses because they present complex engineering design challenges. Using multiple deep neural networks, the AI created designs that were similar to those used by humans.

The researchers found that, on average, the AI performed better than humans, and were able to solve the design problems using nothing more than the human strategy techniques they had been trained to use.

According to the researchers, the idea is not that AI will replace engineers, but that it will enable engineers to offload the "boring, time-consuming tasks."

It could free up engineers to "think big."

Depending on the AI's increasing capabilities, engineers might have a lot more time to sit around and think big.

Researchers from Case Western Reserve University may have discovered a way to protect homes from devastating wildfires. They cover the entire house in a fire blanket.

In several tests, both in the lab and in prescribed wildfires, the team found that relatively thin (<1 mm) aluminized fire blankets can protect wooden structures.

The nature of wildfires is unpredictable, but if the duration of the fire was relatively short, like less than 10 minutes, and the heat doesn't destroy the aluminum foil, the structure could survive.

According to Professor Fumiaki Takahashi, the lead researcher on the project, the findings could mean big business for entrepreneurs and investors willing to invest in fire blanket protection that can improve heat resistance.

Overall, weight remains an obstacle. Even though the test blanket was only 1 mm thick, it still covered about 1,000 square feet and weighed more than 150 pounds, which would be too cumbersome for many to use.

The team has also tested woven fiberglass, amorphous silica, pre-oxidized carbon, and aramid-based fiber that firefighters use to protect themselves. Aluminized materials are the frontrunners thus far.

According to estimates, about 38 percent of new homes built in the western US are in dangerous zones.

Next, the researchers plan to test longer heat exposures, which plays a critical role in the structure-to-structure ignition in high housing density areas.

They will also investigate deployment. Previous ideas consisted of a device on the top of your home that would automatically deploy the blanket. Professional installers could also install the blanket manually, but it would require a little notice as well as a few hours to put up. 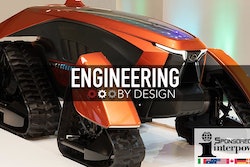 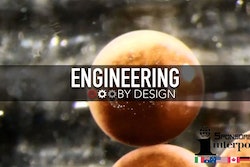 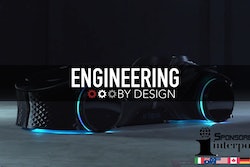