The number of pedestrian deaths due to auto accidents has increased an astonishing 41 percent since 2008 – and experts believe a mix of factors are to blame.

One culprit that should come as no surprise is the mobile device. People simply aren’t paying attention as closely as they once were, and that goes for both distracted drivers and pedestrians. Fatalities are also reportedly increasing because the number of SUVs out there has skyrocketed and these vehicles cause more damage and death.

But there’s another factor involved here, and it’s one that the National Highway Traffic Safety Administration is trying to do something about. According to the agency, the risk of being hit by an electric car is 19 percent higher than that of a conventional vehicle, and the reason is that pure electric mode is almost completely silent.

A few years back, NHTSA introduced legislation for a “quite car” mandate, in an effort to require EVs to feature some type of alert when they were approaching a pedestrian or bicyclist, but delayed implementation because they couldn’t agree on what that noise should be.

According to NBC News, the agency is now trying to move forward by letting manufacturers load a variety of sound options on a vehicle and allow the consumers to decide what they want to use. And depending on your sense of humor and your tolerance for street noise, you’re either going to love or hate the options.

NBC says “the safety agency is expected to approve sounds that will be effective but not jarring, nor sound like they could be coming from a boombox.” Beyond that, there’s a whole host of sounds that manufacturers are toying with. Daimler has a prototype that uses a Jetson’s car noise, but has also been working with the metal band Linkin Park on, what I can only assume, will be much more terrible results. Nissan has something in the works that’s being described as a “wordless choir” and Mitsubishi and Porsche are trying to reproduce the sound of an engine.

Along these same lines, Tesla is also having some fun with its car horn. Since there are no federal regulations as to what a car horn must sound like, and most states only dictate their decibel level, Elon Musk thinks it would be fun to allow Tesla owners to pick from some fun ones – like goat or fart noises. Or even upload their own.

It’s almost enough to make you miss the sound of a good, old-fashioned beep. 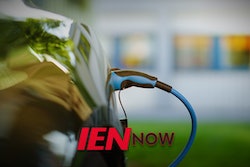 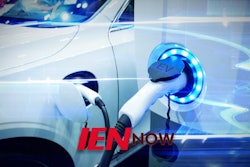