Bats are important: they pollinate plants, control insect populations and have even inspired vital medical breakthroughs. And soon, thanks to researchers at the University of British Columbia, you could add another, more high-tech reason to the list.

Because bats are among nature’s most skilled and efficient flyers, UBC engineers believe mapping out their movements could hold the key to better drones and other aircraft. Unlike birds, bats’ wings can dramatically change shape during flight thanks to their multiple joints and stretchy membranes.

Researchers at UBC built a primitive aluminum wing and used a wind tunnel to generate movements approximating a bat in flight. They then created a computer model that showed how bats move their wings with an unprecedented level of sophistication.

The team next hopes to develop a physical bat model to optimize the flapping motion, which UBC engineers said could serve as a foundation for making “automated bats” — highly efficient drones that could be deployed in commercial or public safety contexts. 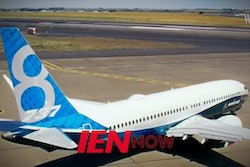