It’s said to be so simple to master that users don’t need a pilot’s license.

Guess what, guys. There’s a new flying car in town, and I know what you’re thinking. Finally, some variety! I mean… aren’t you just bored with the other ones already?

Last week a Canadian startup called Opener revealed the latest addition to the flying car market with BlackFly, and it’s already got some pretty high-profile investors. One of them is Larry Page – a cofounder of Google who has a particular interest in flying cars, as he’s also invested in U.S. startup Kitty Hawk – maker of an electric aircraft that’s likened to a flying jet ski.

But back to BlackFly. This is a one-seat craft that can travel up to 25 miles with cruising speeds estimated to be about 62 miles per hour. It can take off from land or water, and is powered by eight motors.

Opener says you can fly the BlackFly with a joystick and that it’s so simple to master that users don’t need a pilot’s license.

The BlackFly has around 12,000 miles of tests under its belt and Opener says, eventually, it will want to integrate this with the public transport network in Canada.

The BBC is reporting that early models of BlackFly will be expensive but once the technology scales, you should be able to pick up one of these for about the same price as an SUV. And while we’re comparing the two, can we just agree that there is no such thing as a flying car? How about we just say “slow plane.” 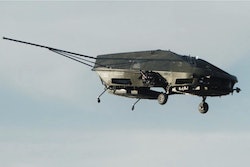 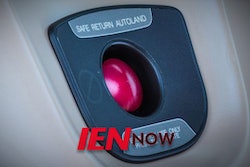 Flying Taxi Takes to the Air