It's not all doom and gloom for the motorcycle manufacturer. Also, surgeons turn to augmented reality, and dinky 3D parts that shrink.

Do you remember Shrinky Dinks? They were those little sheets of plastic that you heated up in the oven to create a smaller, but sturdier hunk of plastic. Actually, they were invented by a pair of housewives from Wisconsin as a Cub Scout project until those little polystyrene plastic sheets exploded in popularity.

A group of engineers at Rutgers University has achieved a similar feat with 3D printing. They print a figure, like a chess piece, in a hydrogel that responds to temperature. The structure is about 73 percent water, yet still rigid. They turn up the temperature to 90 degrees Fahrenheit, or above, and the structure shrinks as it dehydrates. When they drop the temperature below 90 degrees, the piece reabsorbs water and returns to its original size.

The engineers used a lithography-based technique that prints layers of a special resin that consists of the hydrogel, a chemical binder, another chemical that bonds when light hits it, and a dye that controls light penetration.

Right now, the objects are small, about the width of a human hair to several millimeters long, however, the engineers have also found that they can create and program motion by only printing certain areas of the object with the special hydrogel.

According to the researchers this 4D printing method could be big in soft robots, in human organs, and targeted drug delivery, but it could also be a hit in the toy and action figure market. Nothing too big yet, remember that that chess piece is only about 3 mm tall.

New work out of the Imperial College of London is outfitting surgeons with augmented reality headsets to help them see through tissue and perform procedures, like reconnecting blood vessels.

The researchers are using the Microsoft HoloLens headsets while operating on patients in a mixed reality environment. The patients receive CT scans to map the structure of their limbs, including the position of bones and the location of blood vessels.

A software creates 3D models of the leg that are fed into the headset, which overlays the model onto what the surgeon can see in the operating theater.

For example, following a car accident, one patient had severe wounds that required flaps of tissue taken from other parts of the body to help close and heal the wound. To make sure these flaps stay viable, surgeons need to connect the blood vessels of the ‘new’ tissue with those at the site of the wound.

Typically, surgeons would use a handheld ultrasound scanner to find the blood vessels under the skin and sort of guesstimate, but using AR, they were able to spot them quickly and accurately.

Next, the researchers are working on ways to improve model alignment and branch out into other surgical procedures.

Harley Davidson created some waves this week when it announced that it will be closing the company's motorcycle assembly plant in Kansas City, Missouri, and folding operations into a plant in York, PA. The move is a cost-cutting tactic after declining sales and a less than optimistic outlook. It could cost them up to $275 million up front, but is will save up to $75 million a year after 2020.

But it wasn't all doom and gloom for the Milwaukee-based motorcycle manufacturer, after all, the company trained more than 62,000 new riders through the company's riding academy in 2017. The company is trying to design for the next generation of Harley riders, and that means Harley is shifting to the electric market that it claims to be in its "infancy". According to the company, it plans to launch its first electric motorcycle within 18 months.

According to Quartz, Harley-Davidson has been dabbling in electric motorcycles since 2014 through Project LiveWire. The work led to a series of prototype electric motorcycles that were never released to the public. It appears as though the company is finally ready, or will be in 18 months, to make a serious commitment to electric bikes.

While the motorcycle industry is in a slump, sales for electric motorcycles are expected to grow by 56% by 2020.

Still no word on whether that iconic Harley sound will soon boom from speakers instead of the tailpipe. 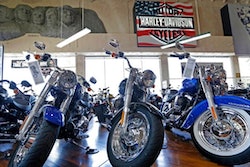 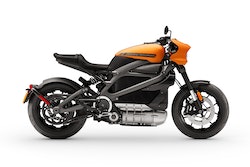