Musk has netted millions in pre-orders for what he calls "the world's safest flame thrower."

Elon Musk likes to be ahead of the pack on everything from electric cars to rocket ships, so it’s really no surprise when he decides to enter markets that might be… let’s just say… unusual.

But even for Elon, this one’s a little weird. The Boring Company, which is Musk’s underground tunnel construction company that he established, seemingly, after an offhand Tweet about how frustrated he was by traffic in Los Angeles, has been having even more fun with Twitter.

Just before the end of the year, Musk Tweeted that if Boring Company could sell 50,000 branded hats that he would start selling flame throwers, something he said was “a little off-brand, but kids love it.”

Ha… good one. Except not a joke, because Boring has already released promotional video showing company logoed flame throwers being casually hoisted about, even going so far as posting them for sale on their website and offering pre-orders. Business Insider is reporting that, so far, Boring has sold 4,000 of the $500 flame throwers – with a future inventory of 20,000 total available.

The item listing describes the product as “the world’s safest flame thrower,” which is confusing in so many ways. Musk has assured us that he is not trying to prepare for a zombie apocalypse, though it will be interesting to see when the first moron with a flame thrower starts a huge fire or inflicts great physical harm upon a non-zombie.

But Musk is not concerned. When followers voiced some hesitation on Twitter about the new line, he responded that not only is a 10-foot or smaller flame thrower perfectly legal by ATF guidelines, but this specific one is designed to offer maximum fun for minimal danger. He goes on to say that he’d personally be more scared of a steak knife. 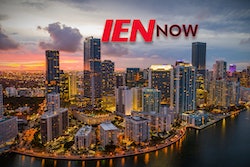