This week, Boeing released its new forecast for commercial airplane demand in China. Over the course of the next 20 years, the company believes that the country will have a demand for 7,240 new airplanes worth approximately $1.1 trillion.

The 6.3% increase over Boeing's 2016 forecast can be attributed to China's investment in infrastructure and ongoing economic growth. According to Randy Tinseth, VP of Marketing, Boeing Commercial Airplanes, nearly 20 percent of global new airplane demand will stem from Chinese airlines.

According to the updated projections, the global demand for new commercial aircraft will include 41,030 new planes over the next 20 years. The estimated value is $6.1 trillion.

It must be good news for the plane maker, especially when Boeing states that it is responsible for more than 50 percent of all commercial craft operating in China. 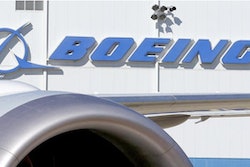