Just like many in the world who were ready to bid a fond adieu to 2016, Samsung, no doubt, looked at 2017 as an opportunity to turn over a new leaf. After the Galaxy Note 7 release resulted in fires, recalls, and a ban by the FAA, Samsung was further embarrassed by reports that its washing machines were exploding – which resulted in its own recall of nearly 3 million top-loaders.

Well, at least they got through January.

This week, a supplier to Samsung Electronics -- Samsung SDI – reported a fire at one of its factories in China and, ironically, the faulty batteries that were causing phones to burst into flames were, you guessed it, partially to blame.

Reuters reported that the fire broke out at the Samsung Electronics Co Ltd affiliate's factory in the northern Chinese city of Tianjin earlier on Wednesday, and had been extinguished before there were any casualties or significant impact to the plant's operations.

The facility is reporting that the implicated batteries were located in an area of the facility designated for waste, however the local fire department – who sent 110 firefighters and 19 trucks to extinguish the fire – said the fire was caused by batteries inside the facility.

So, the only reason this point of contention really matters is because Samsung SDI is soon due to supply the batteries for Samsung’s upcoming Galaxy S8 smartphone model, which is intended to replace the Galaxy Note 7. So if the batteries were in a production area and, as the fire department stated, part of “half-finished products,” let’s just hope they’re not the new S8 batteries. Otherwise 2017 might not really be the fresh start that Sumsung was looking for.

The Motorola Razr Reboot is Here 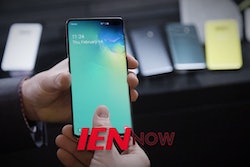 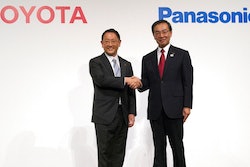