'Internet Car' Wants to Take Your Selfie for You

The RX5 SUV features a special version of Alibaba’s YunOS operating system, normally used in everything from smartphones to refrigerators and other smart home appliances.

If you’re so into tech that you’re Pokemon Go-ing right now… you might be psyched to learn that there’s a new car coming soon that’s so uber-connected it’s been dubbed “the internet car.”

The brainchild of automaker SAIC, one of China’s big four state-owned automakers, in partnership with e-commerce giant Alibaba, the RX5 SUV features a special version of Alibaba’s YunOS operating system, normally used in everything from smartphones to refrigerators and other smart home appliances.

Drivers will be able to reserve and pay for parking spaces, fuel, and coffee through Alibaba’s Alipay service, says Tech Crunch. It will also recognize different drivers and make recommendations on music, climate control, and destinations based on past trips.

The RX5 includes three LED screens and space for up to four detachable 360 degree cameras so you can finally safely take that selfie while driving. Finally.

After all this, I gotta say… meh. Music recommendations? Selfies? I really just want to get to and from work and not die. That’s what I want out of a car. 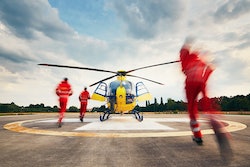 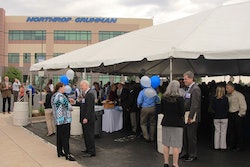 Northrop Has Subcontracted $1B to Small Businesses