How creating a better conductor and heat shield also yielded a re-defining process for metal production.

Although we primarily associate gold with that shiny, paycheck-absorbing metal used to extract equal parts joy and forgiveness in the form of jewelry for a loved one, it also has a number of other extremely important applications.

Because gold is a highly efficient electrical conductor, many of the components specified for portable devices are comprised of gold. Gold is also used to coat aerospace parts, due to its ability to simultaneously conduct electricity while shielding mission critical systems from heat and radiation.
So, when a South Korean research team from Ulsan National Institute recently announced that they had developed a way to fabricate an ultralight, high-density, nanoporous form of gold – it was kind of a big deal.

In a paper published in Nano Letters, the team reported that this newly developed material is twice as solid but 30 percent lighter than the standard element. However, because its surfaces are rougher, the metal loses its shine and turns black at sizes less than 100 nanometers, hence its name – Black Gold.

However, in addition to its lackluster appearance, the new material was not as strong as researchers had hoped. So, the team used a ball milling technique to increase the flexural strength and a corrosion dealloying process in generating a nanoporous surface.

This actually might have been the most important part of their research because this allowed the team to control the size of the pores on the material’s surface, reducing defects and improving durability.

Even more impressive, the team feels this newly developed technique could be applied to other metals in improving their strength and durability without sacrificing their aesthetics.

I’m Jeff Reinke, and this is IEN Now. 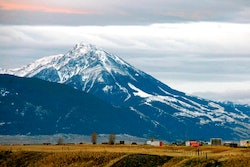