Ford Plans to Transform Life in the Car

Ford received a patent this month for an “autonomous vehicle entertainment system” for its driverless cars. But no need to scramble to add Knight Rider to your Netflix queue just yet.

According to Wired, Ford received a patent this month for an “autonomous vehicle entertainment system.” Combining a ceiling-mounted projector with a roll down projection screen right in front of the windshield, this technology could put the “mute” back in commute. As in… the mute button. Remote jokes.

Wired describes this development for driverless cars as less about high tech and more Ford “planning for a world in which life in the car will have fundamentally changed.” Ford wants to be at the helm of this driverless ship and has made public its intent to have a self driving car ready to bring to market within five years. According to Forbes, the patent depicts the first display as a projection screen in the front of the car, covering the windshield. When the driver takes over, the screen and projector retract into the ceiling and the presentation shifts to a display integrated within “a dashboard, an instrument cluster, or a rearview mirror.

But no need to scramble to add Knight Rider to your Netflix queue just yet. Ford has apparently demurred about the video screen, with a spokesperson telling Forbes that patent applications are intended to protect new ideas but aren’t necessarily an indication of new business or product plans. So either Ford will make you a car projection screen, or no one will. 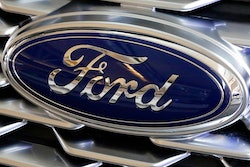 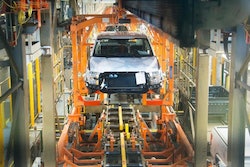 The Nano is Dead