They transformed plastic trash into a tougher, stronger material. 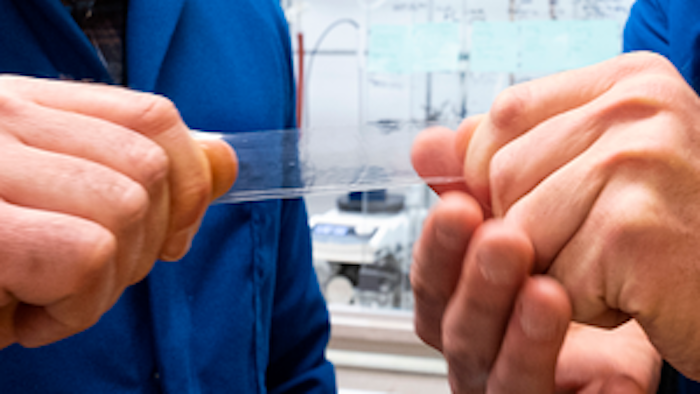 CHAPEL HILL, N.C. – The United States generates more plastic trash than any other country – about 46.3 million tons of it -- or 287 pounds per person a year, according to a 2020 study.

The country’s 9% rate of recycling will never keep up. Why so low? The chemistry of today’s plastics makes most difficult to recycle. Even thermoplastics that can be melted down weaken with each re-use. And that leads to the real barrier to recycling – economics. There’s just no profit incentive.

But now a group of chemists at the University of North Carolina at Chapel Hill have turned the tables by discovering a method to break down plastics to create a new material that is stronger and tougher than the original – meaning it’s potentially more valuable.

“Our approach views plastic waste as a potentially valuable resource for the production of new molecules and materials,” said Frank Leibfarth, assistant professor of chemistry in the UNC College of Arts & Sciences.  “We hope this method could drive an economic incentive to recycle plastic, literally turning trash into treasure.”

Leibfarth and UNC-Chapel Hill professor Erik Alexanian, who specializes in chemical synthesis, describe the approach that could close the loop on plastic recycling in the journal Science.

Carbon-hydrogen bonds are some of the strongest chemical bonds in nature. Their stability  makes it difficult to turn natural products into medicines and challenging to recycle commodity plastics.

But by modifying the carbon-hydrogen bonds that are common in polymers, the building blocks for modern plastic used in grocery bags, soda and water bottles, food packaging, auto parts and toys, the life span of polymers could be expanded beyond single-use plastic.

With a newly identified reagent that could strip hydrogen atoms off medicinal compounds and polymers, the UNC chemists were able to make new bonds in places previously considered unreactive.

“The versatility of our approach is that it enables many valuable transformations of carbon-hydrogen bonds on such a wide range of important compounds,” Alexanian said. 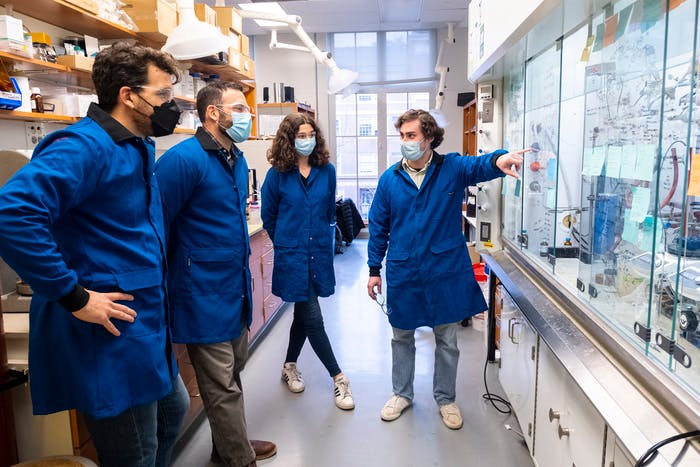 The Leibfarth Group at Carolina is focused on designing polymers that are smarter, more functional and more sustainable.

With the support of the NC Policy Collaboratory, the team developed a super-absorbent polymer capable of removing dangerous chemicals from drinking water.

They started with plastic foam packaging used to protect electronics during shipping that otherwise ends up in landfills. Samples of post-consumer foam were provided by High Cube LLC, a Durham, N.C., recycling company. The foam is made of a low-density plastic called a commercial polyolefin.

By selectively pulling hydrogen atoms from polyolefin, the chemists came up with a way to expand the life of the single-use plastic into a high-value plastic known as an ionomer. Popular ionomers are Dow’s SURLYNTM, a go-to material used in a wide variety of food packaging.

Most recycled plastic is “downcycled” into lower quality products like carpet or polyester clothing, that may still end up in landfills. Discarded plastics in waterways endanger sea life if turtles mistake ocean plastic for food.

But if the chemistry can be repeatedly applied to polymers to help recycle them over and over again, “it could change the way we look at plastic,” Leibfarth said.

The National Institute of General Medical Sciences, the Air Force Office of Scientific Research, the National Science Foundation and the UNC Department of Chemistry funded the study.