The project aims to both feed the crew and maintain the onboard ecosystem for longer periods of time. 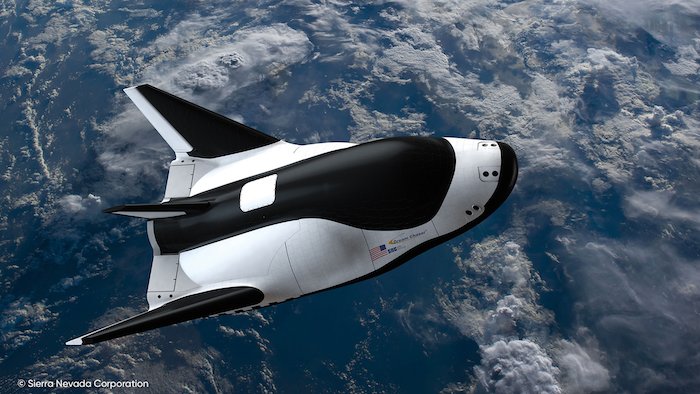 MADISON, Wis. (AP) — Astronauts on the International Space Station can get a taste of home with the help of produce cultivation systems developed by scientists working in Madison.

About 250 employees of the Nevada-based aerospace company Sierra Nevada Corp. work in the Madison area developing environmental systems that can support human life and grow fresh food in space as well as propulsion systems to get spacecraft to their destinations.

“We’re developing a huge core of talent for aerospace in Wisconsin,” vice president Thomas Crabb said. “This is all part of the growth of high-technology businesses that has already been happening in the state.”

SNC is furthering work on its Dream Chaser program, which will launch autonomous spacecraft with modular designs customized for various space missions. The first is set to launch under a NASA contract in 2022 to deliver and retrieve cargo from the space station, the Wisconsin State Journal reported.

The Madison team — formerly the company Orbitec, which SNC acquired in 2014 — works to develop the propulsion engines that launch rockets into space and on environmental systems that control airflow, temperature, lighting and more.

Leafy greens and some other vegetables are already growing aboard the space station and approved for astronauts to eat, though much of the food must still come back to Earth for further study.

On Nov. 30, astronauts harvested the first crop of radishes grown using equipment from SNC on the space station. The system used clay-based material preloaded with nutrients to grow the plants, which requires little maintenance from the crew. The radishes will be frozen and brought back to Earth to study the conditions the plants could best grow in.

The goal isn’t just to make some novelty crops to place onboard, but to develop an environmental system to both feed the crew and maintain the onboard ecosystem for longer periods of time.

One of the main benefits of more plant life on board could be improved air quality, principal scientist Bob Morrow said. Plants take in carbon dioxide and release oxygen, reducing the amount of oxygen crews would need to bring with them to the space station. It could also give astronauts more time to switch oxygen tanks in the case of an emergency.

Vegetables are also a great source for vitamins, Morrow noted, some of which degrade when stored.

“By growing a salad crop continuously, it can provide those missing nutrients more effectively to the crews,” Morrow said. “That’s going to be important for longer-duration missions, too.”

But growing plants in the microgravity of space isn’t as simple as shipping up some potting soil and seeds — there’s no gravity to pull the water down to the roots. Instead, sophisticated hardware systems are needed to get water to roots, circulate air around the leaves and light the plants in an energy-efficient way.

Morrow said most of the plants, aside from Chinese Cabbage for unknown reasons, have done well under their systems despite the lack of gravity.

Now, scientists need to determine whether these plants can grow for multiple generations, Morrow said, or whether seeds will be damaged over time by the radiation of outer space.

While simply growing food in space may seem like a lofty goal in itself, SNC’s Madison team has bigger ambitions. The company hopes NASA will use its agricultural systems on long-term missions — such as to Mars — and to set up sustainable habitats in space or on the moon using its technology.

Madison employees are also involved in SNC’s Dream Chaser program, which has contracted with NASA to provide cargo delivery and return service to the space station.

Dream Chaser spaceplanes will be designed to take off and land multiple times and will be able to land on any commercial runway. Wisconsin engineers are working to develop propulsion for the spaceplanes with assembly and testing conducted at the former Badger Army Ammunition site near Baraboo.

The land is rented from the Ho-Chunk Nation and is now home to a $20 million facility to test the massive engines that launch rockets into space.

The propulsion systems developed in Wisconsin burn cleaner, reducing the amount of toxic chemicals emitted by engines that are currently used.

Ground crews at landing sites aren’t able to quickly approach returning rockets because of the fumes surrounding them. With the cleaner-burning systems developed in Wisconsin, those crews will be able to get cargo off spacecraft more quickly, which can be vital for research of those materials.

“We’re using a different set of propellants on the Dream Chaser that are very safe,” principal propulsion engineer Martin Chiaverini said. “It required a lot of invention and development work.”

The use of fuels with lower emissions and growing your own food up in space may seem like an environmentally friendly twist on space travel, but the scientists say it’s all just part of extending the amount of time people can be off Earth. If humans are going to get to Mars, it’s going to take a couple of years, and there won’t be other ships to resupply them.

“In order to increase our presence in space, we need to be able to have long duration,” Morrow said. “That’s where our interest really lies, in getting these systems that are highly reliable because people are going to count on them to live, and not only live, but flourish.”

Workers at Amazon NYC Warehouse Get Go-Ahead for Union Vote