And leaves out many others. 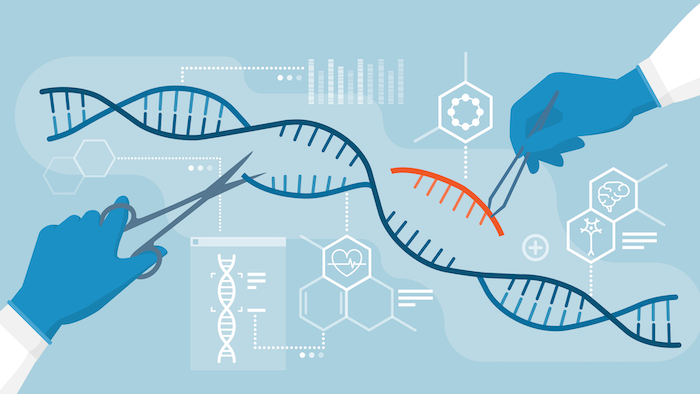 The gene-editing technique CRISPR earned the 2020 Nobel Prize in chemistry. Recognition of this amazing breakthrough technology is well deserved.

But each Nobel Prize can be awarded to no more than three people, and that’s where this year’s prize gets really interesting.

The decision to award the prize to Jennifer Doudna and Emmanuelle Charpentier involves geopolitics and patent law, and it pits basic science against applied science.

Editing letters in the book of life

CRISPR is a powerful gene-editing tool that has taken molecular biology from the typewriter to the word processor age. One could say it’s like Microsoft Word for the book of life. CRISPR allows a researcher to find not just a gene, but a very specific part of a gene and change it, delete it or add a completely foreign gene. Genetic modifications that used to take sophisticated biological laboratories years to do are now done in days and at significantly less cost.

The CRISPR story begins in 1987, when molecular biologist Yoshizumi Ishino and his co-workers discovered a strange palindromic stretch of DNA in E. coli, a commonly studied stomach bacteria. No one could imagine what purpose it served.

Nearly two decades later, at the National Center for Biotechnology Information in Bethesda, Maryland, Eugene Koonin established the odd DNA’s function as a bacterial defense system composed of two parts. The first is a stretch of DNA that acts as an album of vanquished foes. When the bacterium overcomes an enemy, it snips out a section of the defeated invaders’ genetic material and places it into the album. These genetic mug shots are separated by repetitive stretches of DNA that read the same forward or backward. These bits of DNA are called Clustered Regularly Interspaced Short Palindromic Repeats – CRISPR for short.

It took 20 years and much research to discover and understand these proteins.

Then in 2007, Danisco, a Danish food and beverage company, confirmed Koonin’s hypothesis that CRISPR is a bacterial defense system. Today, most yogurt and cheese manufacturers include CRISPR sequences in their cultures to protect their products from common viral outbreaks. According to Rodolphe Barrangou, who conducted this research at Danisco USA: “If you’ve eaten yogurt or cheese, chances are you’ve eaten CRISPR-ized cells.”

Jennifer Doudna, a biochemist with extensive experience working with RNA at the University of California, Berkeley, started working with CRISPR in 2006. At a 2011 American Society for Microbiology meeting in San Juan, Puerto Rico, she met Emmanuelle Charpentier, an associate professor at the Laboratory for Molecular Infection Medicine Sweden at Umeå, who worked on a particular CRISPR-associated protein called Cas9.

Doudna and Charpentier had complementary skills. While walking around the old town of San Juan, Charpentier convinced Doudna that Cas9 was responsible for finding the DNA sequence that corresponds to the mug shot and cutting it. Doudna was intrigued and agreed to take a closer look at the role Cas9 played.

Charpentier worked with Cas9 in Streptococcus pyogenes, the bacteria that cause strep throat and flesh-eating disease. Rather than send Doudna these dangerous bacteria, she overnighted her the DNA encoding the CRISPR-Cas9. The more Doudna studied Charpentier’s molecular scissors, the more obvious it became to her that this bacterial system could be co-opted to edit DNA. She was right, and with some tweaking, she converted CRISPR-Cas9 into a gene editing tool. Doudna noted in her memoir that CRISPR-Cas9 “was the perfect bacterial weapon: a virus-seeking missile that could strike quickly and with incredible precision.”

Doudna and her collaborators wrote up their results and submitted their manuscript to the journal Science, which fast-tracked the paper and published it days after submission. Around the same time, she filed a patent application for the CRISPR-Cas9 gene-editing system.

Meanwhile, Virginijus Siksnys, a molecular biologist at Vilnius University in Lithuania with a research background in a class of proteins that cut DNA called restriction endonucleases, also foresaw the CRISPR system’s potential. He submitted his own results to the journal Cell. The editor rejected the manuscript without sending it out for review. Siksnys, confident in his work and its importance, submitted his manuscript to the Proceedings of the National Academy of Sciences. The paper was sent in before Doudna’s paper was published, but it needed some revisions and was thus published three months after Doudna’s paper appeared.

Like Doudna and Siksnys, Feng Zhang, a professor of neuroscience at MIT, was using the CRISPR-Cas9 system to edit DNA. But while the others did all their editing in solution, Zhang was slicing and dicing DNA with CRISPR-Cas9 in human cells. In January 2013, Zhang published his own Science paper. At this time, even though Doudna had applied for a patent seven months earlier, Feng Zhang asked his employers, MIT and the Broad Institute, to file a patent on his behalf.

The Broad Institute lawyers, knowing that Doudna’s claim was pending, paid an additional fee to accelerate their patent application. It worked, and they were granted a CRISPR-Cas9 patent before Doudna was eventually awarded hers. This has started a closely watched legal battle. The contest is far from over, but it seems that Doudna is winning the legal battle in the EU and Zhang in the U.S.

Politics around the prize

The decision to award the Nobel Prize to Doudna and Charpentier couldn’t have been easy. By choosing these two over Feng Zhang, the Royal Swedish Academy of Sciences sent a major message. It could have awarded the prize to a third researcher, but it didn’t. Was it a statement intended for the legal system?

Fortunately, scientists using CRISPR as a molecular editor aren’t affected by the legal battles. They can get their CRISPR systems from the Addgene open-source repository. Clinical applications of CRISPR – like finding a cure for genetic diseases such as cystic fibrosis and sickle cell anemia – will most likely be affected by the legal wranglings, as that is the technology’s most commercial use.

Often, basic science research goes nowhere. Often it goes in unexpected directions. Sometimes it leads to the most excitingly splendid conclusions. CRISPR-Cas9 is one of these cases. It started with a weirdly repeating palindrome, matured via mozzarella and yogurt and finally blossomed into a contested gene-editing tool that was awarded the 2020 Nobel Prize.

This article is republished from The Conversation under a Creative Commons license. Read the original article here: https://theconversation.com/nobel-prize-for-crispr-honors-two-great-scientists-and-leaves-out-many-others-147730.