These brain-inspired circuits could make small devices capable of complex tasks without supercomputers. 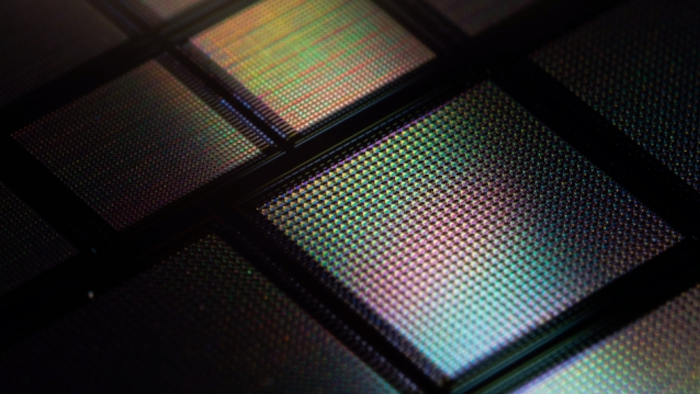 A close-up view of a new neuromorphic “brain-on-a-chip” that includes tens of thousands of memristors, or memory transistors.
Peng Lin via MIT

MIT engineers have designed a "brain-on-a-chip," smaller than a piece of confetti, that is made from tens of thousands of artificial brain synapses known as memristors -- silicon-based components that mimic the information-transmitting synapses in the human brain.

The researchers borrowed from principles of metallurgy to fabricate each memristor from alloys of silver and copper, along with silicon. When they ran the chip through several visual tasks, the chip was able to "remember" stored images and reproduce them many times over, in versions that were crisper and cleaner compared with existing memristor designs made with unalloyed elements.

Their results, published today in the journal Nature Nanotechnology, demonstrate a promising new memristor design for neuromorphic devices -- electronics that are based on a new type of circuit that processes information in a way that mimics the brain's neural architecture. Such brain-inspired circuits could be built into small, portable devices, and would carry out complex computational tasks that only today's supercomputers can handle.

"So far, artificial synapse networks exist as software. We're trying to build real neural network hardware for portable artificial intelligence systems," says Jeehwan Kim, associate professor of mechanical engineering at MIT. "Imagine connecting a neuromorphic device to a camera on your car, and having it recognize lights and objects and make a decision immediately, without having to connect to the internet. We hope to use energy-efficient memristors to do those tasks on-site, in real-time."

Memristors, or memory transistors, are an essential element in neuromorphic computing. In a neuromorphic device, a memristor would serve as the transistor in a circuit, though its workings would more closely resemble a brain synapse -- the junction between two neurons. The synapse receives signals from one neuron, in the form of ions, and sends a corresponding signal to the next neuron.

A transistor in a conventional circuit transmits information by switching between one of only two values, 0 and 1, and doing so only when the signal it receives, in the form of an electric current, is of a particular strength. In contrast, a memristor would work along a gradient, much like a synapse in the brain. The signal it produces would vary depending on the strength of the signal that it receives. This would enable a single memristor to have many values, and therefore carry out a far wider range of operations than binary transistors.

Like a brain synapse, a memristor would also be able to "remember" the value associated with a given current strength, and produce the exact same signal the next time it receives a similar current. This could ensure that the answer to a complex equation, or the visual classification of an object, is reliable -- a feat that normally involves multiple transistors and capacitors.

Ultimately, scientists envision that memristors would require far less chip real estate than conventional transistors, enabling powerful, portable computing devices that do not rely on supercomputers, or even connections to the Internet.

Existing memristor designs, however, are limited in their performance. A single memristor is made of a positive and negative electrode, separated by a "switching medium," or space between the electrodes. When a voltage is applied to one electrode, ions from that electrode flow through the medium, forming a "conduction channel" to the other electrode. The received ions make up the electrical signal that the memristor transmits through the circuit. The size of the ion channel (and the signal that the memristor ultimately produces) should be proportional to the strength of the stimulating voltage.

Kim says that existing memristor designs work pretty well in cases where voltage stimulates a large conduction channel, or a heavy flow of ions from one electrode to the other. But these designs are less reliable when memristors need to generate subtler signals, via thinner conduction channels.

The thinner a conduction channel, and the lighter the flow of ions from one electrode to the other, the harder it is for individual ions to stay together. Instead, they tend to wander from the group, disbanding within the medium. As a result, it's difficult for the receiving electrode to reliably capture the same number of ions, and therefore transmit the same signal, when stimulated with a certain low range of current.

Kim and his colleagues found a way around this limitation by borrowing a technique from metallurgy, the science of melding metals into alloys and studying their combined properties.

"Traditionally, metallurgists try to add different atoms into a bulk matrix to strengthen materials, and we thought, why not tweak the atomic interactions in our memristor, and add some alloying element to control the movement of ions in our medium," Kim says.

Engineers typically use silver as the material for a memristor's positive electrode. Kim's team looked through the literature to find an element that they could combine with silver to effectively hold silver ions together, while allowing them to flow quickly through to the other electrode.

The team landed on copper as the ideal alloying element, as it is able to bind both with silver, and with silicon.

"It acts as a sort of bridge, and stabilizes the silver-silicon interface," Kim says.

To make memristors using their new alloy, the group first fabricated a negative electrode out of silicon, then made a positive electrode by depositing a slight amount of copper, followed by a layer of silver. They sandwiched the two electrodes around an amorphous silicon medium. In this way, they patterned a millimeter-square silicon chip with tens of thousands of memristors.

As a first test of the chip, they recreated a gray-scale image of the Captain America shield. They equated each pixel in the image to a corresponding memristor in the chip. They then modulated the conductance of each memristor that was relative in strength to the color in the corresponding pixel.

The chip produced the same crisp image of the shield, and was able to "remember" the image and reproduce it many times, compared with chips made of other materials. 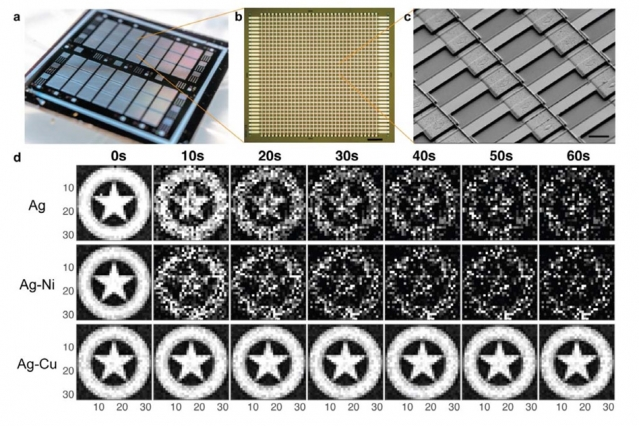 The new chip (top left) is patterned with tens of thousands of artificial synapses, or “memristors,” made with a silver-copper alloy. When each memristor is stimulated with a specific voltage corresponding to a pixel and shade in a gray-scale image (in this case, a Captain America shield), the new chip reproduced the same crisp image, more reliably than chips fabricated with memristors of different materials.Courtesy of the researchers

The team also ran the chip through an image processing task, programming the memristors to alter an image, in this case of MIT's Killian Court, in several specific ways, including sharpening and blurring the original image. Again, their design produced the reprogrammed images more reliably than existing memristor designs. 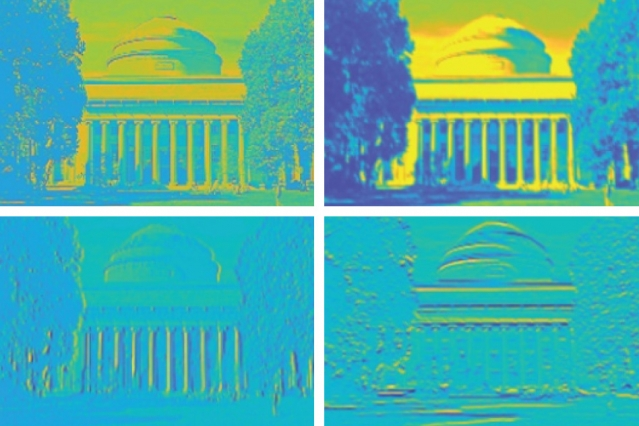 A new MIT-fabricated “brain-on-a-chip” reprocessed an image of MIT’s Killian Court, including sharpening and blurring the image, more reliably than existing neuromorphic designs.Courtesy of the researchers

"We're using artificial synapses to do real inference tests," Kim says. "We would like to develop this technology further to have larger-scale arrays to do image recognition tasks. And some day, you might be able to carry around artificial brains to do these kinds of tasks, without connecting to supercomputers, the internet, or the cloud."