It wants to reduce reliance on local electric grids. 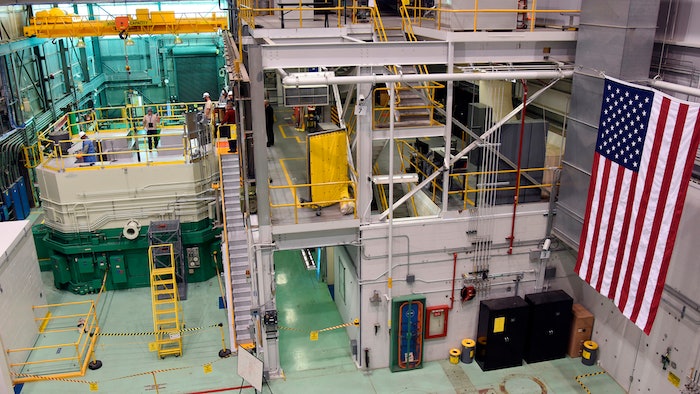 BOISE, Idaho (AP) — The U.S. Department of Defense wants to build a prototype advanced mobile nuclear microreactor at the Idaho National Laboratory in eastern Idaho, saying they are needed to ensure the military’s energy supply.

The microreactor would be capable of producing one to 10 megawatts. A megawatt can power from about 400 to 900 homes, depending on energy consumption that is dependent on such things as air conditioning.

The department says it wants to reduce reliance on local electric grids, which are highly vulnerable to prolonged outages from a variety of threats.

Edwin Lyman, director of Nuclear Power Safety at the Union of Concerned Scientists, a nonprofit, said the project has a goal of creating a portable reactor that can shut down and start up quickly, and doesn't need maintenance or an operator.

“We’re talking about paper designs where it would take a long time to develop and demonstrate them to the point where any military commander would actually want to have one on his or her base,” Lyman said. “I think it's based on highly unreasonable assumptions about what nuclear power can and can't do.”

He said the push for the microreactors is being driven by companies that want to build them as opposed to the military wanting them.

Comments are being taken through April 30 to develop an environmental impact statement on the plan.

The Defense Department said the specific design of the prototype microreactor won't be known while preparing an environmental review, so impacts from a variety of designs will be considered.

The Nuclear Regulatory Commission is participating in the project as a safety and security regulator.