Fuel Cell Engineer Figures Out How to Fix Ventilators

It was late when his boss called with an odd question. 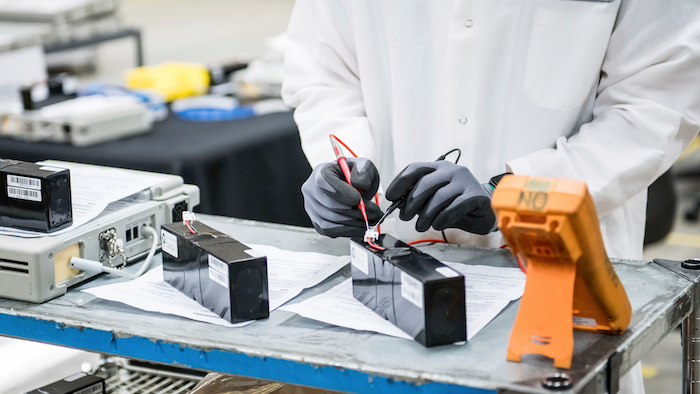 In this March 28, 2020, file photo, David Yee, an NPI mechanical engineer, tests voltage of new batteries at Bloom Energy in Sunnyvale, Calif. The COVID-19 outbreak has prompted companies large and small to rethink how they do business. Bloom Energy makes hydrogen fuel cells. But recently, they have been refurbishing old ventilators so hospitals can use them to keep coronavirus patients alive.
Beth LaBerge/KQED via AP, Pool, File

SACRAMENTO, Calif. (AP) — It was late when engineer Joe Tavi’s boss called with an odd question: Could their company, which makes fuel cells, learn how to fix a ventilator?

California had a bunch of broken ones, and the governor had asked if San Jose-based Bloom Energy could repair them so coronavirus patients could breathe.

Tavi, an engineer who grew up taking apart the family vacuum cleaner to see if he could put it back together, said he would sleep on it.

But he didn't sleep. Instead, he made a pot of coffee and downloaded the more than 300-page manual for the LTD 1200, the type of ventilator state officials said they needed repaired. 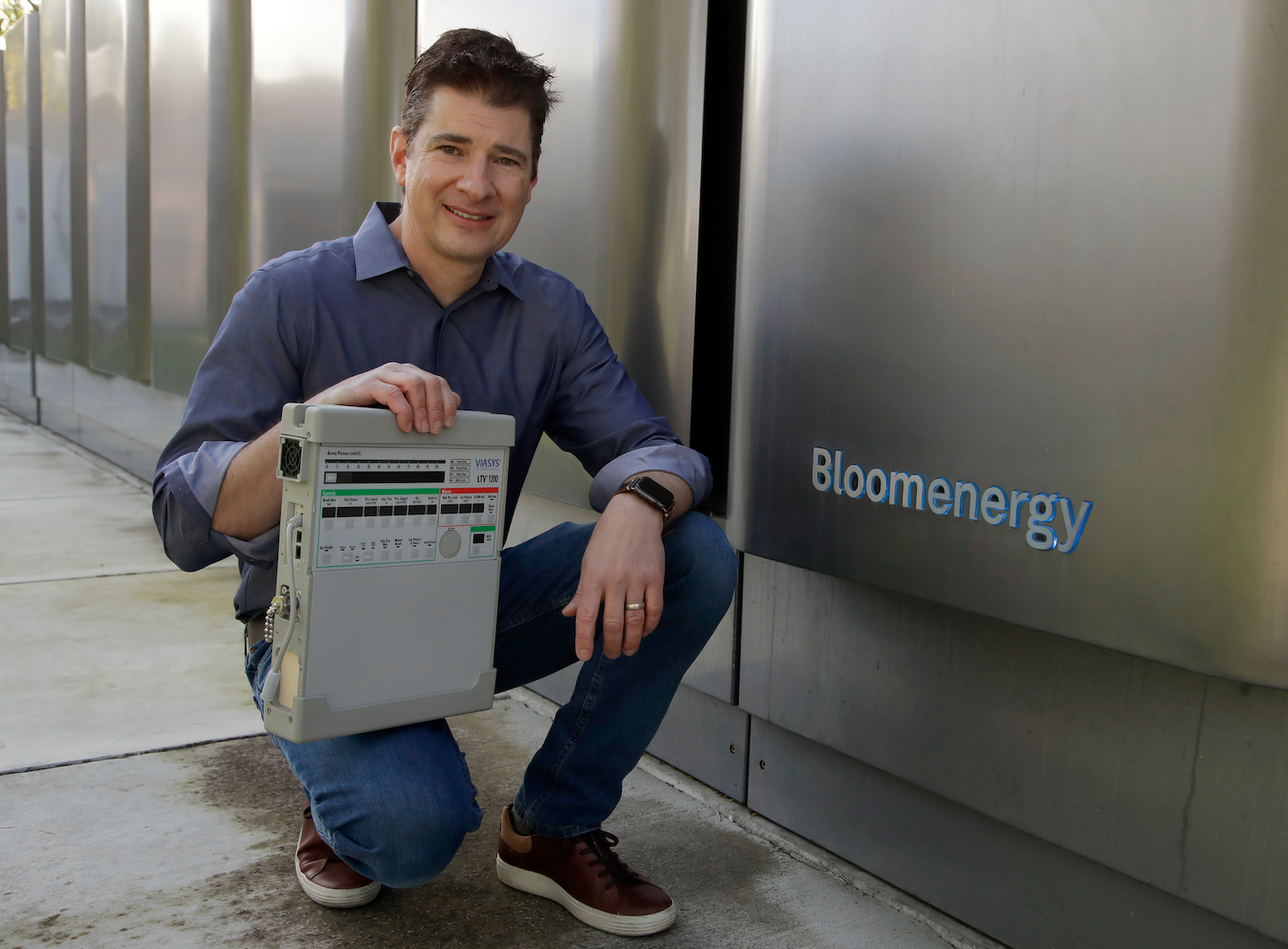 Joe Tavi, Bloom Energy senior director of manufacturing, holds a refurbished ventilator as he kneels beside fuel cells, Wednesday, April 1, 2020, in Sunnyvale, Calif. The new coronavirus outbreak has prompted companies large and small to rethink how they do business. Bloom Energy, in San Jose, Calif., makes hydrogen fuel cells. But recently, they have been refurbishing old ventilators so hospitals can use them to keep coronavirus patients alive.AP Photo/Ben Margot

Since then, a company that knew nothing about ventilators has fixed more than 500 of them. It's a transformation akin to World War II, when manufacturing behemoths used their assembly line expertise to make airplanes and tanks. Now, some companies are tapping their storehouses of brainpower to do the same thing with medical equipment.

While most people with the coronavirus have only mild or moderate symptoms, it can cause more severe illness in some, including pneumonia — an infection that can cause the lungs to fill with fluid, making it difficult to breathe. That's where the ventilators come in.

The Society of Critical Care Medicine estimates about 960,000 COVID-19 patients in the U.S. might need a ventilator. But there are only about 200,000 machines available.

In California, the nation's most populous state with nearly 40 million people, Gov. Gavin Newsom is on the hunt for at least 10,000 ventilators. So far, he's found just over 4,000 of them — including 170 from the federal government's national stockpile that needed repairs.

Bloom Energy makes fuel cells, which combine air and hydrogen to create electricity through a chemical reaction. To get the air and the hydrogen in the right quantities, the fuel cell uses hoses and valves and fans — similar functions to a ventilator. Chief Operations Officer Susan Brennan says the company isn't profiting from the repairs; they hope to eventually recoup some of their expenses from the state.

Once he knew he could do it, Tavi gathered with other company engineers to come up with a plan, guided by lots of YouTube videos on ventilator settings and calibrations. The company's head of supply chain ordered the parts.

There were some anxious moments, especially during testing. As a kid, Tavi said, when he would take apart his family vacuum cleaner, sometimes he couldn't get it back together correctly. A ventilator isn't something you want to put together and find a few screws left over.

But once the team got the ventilators hooked up to balloons, hearing the soft “woosh” of air as they expanded and contracted, Tavi said it went from being a machine to something much more personal.

“I would think about my mom or my uncle or a family member of a friend or a co-worker needing one of those machines,” he said. “We don't view it as a number of units we are turning over. We view it as the maximum number of people we could potentially positively impact by having an extra ventilator that works. Even if it's just one person.”