It can keep tens of thousands of vehicle batteries from going dead while they sit in parking lots. 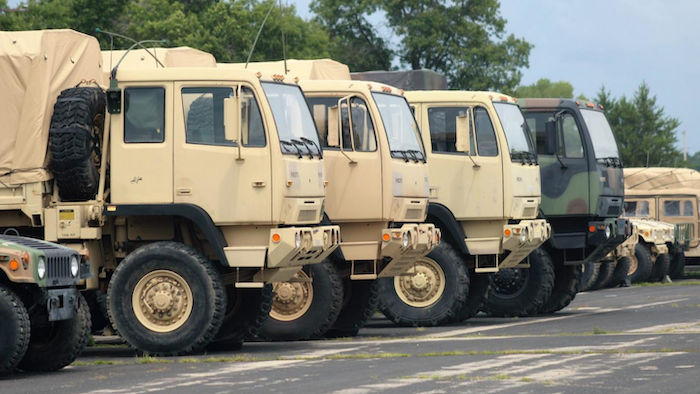 An Army research team has figured out how small solar panels can keep tens of thousands of vehicle batteries from going dead while they sit in parking lots.

In a recently revealed U.S. patent application, U.S. Army researchers Ernest Luoto, Brian Frymiare, and David Carrier describe a smart controller they invented that can govern power distribution from a small solar panel to a bank of batteries.

Through technology transfer, it's a business opportunity that could save taxpayers millions.

The Army has a vast fleet of tactical wheeled vehicles, tens of thousands, staged at Army bases across the world. Seventy-five percent of these Humvees, MRAPs, LMTVs, and 5-ton trucks are driven less than 3,000 miles per year.

Because the trucks spend so much time sitting in the motor pool lot, the lead-acid batteries slowly drain and degrade. That's what batteries do.

To keep the trucks ready to roll, the U.S. Army has to spend about $26 million per year replacing those batteries.

"Recent Army Sample Data Collection and Analysis (SDC&A) data shows (tactical wheeled vehicle) batteries being replaced every 13 months on average, yet the expected minimal life of the battery is three years, with an expected full life of approximately 6 to 8 years when treated properly," they wrote for a research symposium.

Solar charging, they say, could extend a vehicle battery's life 3-to-5 times, saving the Army about $17 million per year.

But modern Army trucks contain powerful radios and other electronic systems, powered by strings of 12 and 24-volt batteries connected in series and in parallel.

For example, some of the trucks require four large 120-amp-hour batteries to deliver both 12- and 24-volt outputs. The different loads placed on the vehicle's battery bank lead to voltage imbalances. 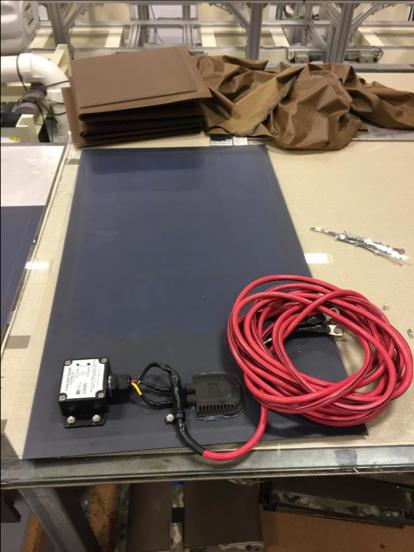 The Army research team has been experimenting with different configurations of small solar systems.US Army

It's a military-specific problem, and the discrepancy limits the usefulness of commercially available solar chargers.

And that's where the Army's new, patent-pending pulse width modulation controller comes in, switching the solar panels on or off, moving the charge between the individual batteries every hour, all while preventing sulfation and overcharging.

To transfer the Army's research and inventions to the private sector for commercialization and in many cases sales back to the military, U.S. technology transfer laws allow and encourage government agencies to license their technologies to U.S. businesses.

Brian Metzger, senior technology manager at TechLink, is working with the invention team to find a commercial entity to license the patent and develop the technology into a product sold back to the military or other customers.

"People always ask if we 'have any really good business ideas,'" Metzger said. "Well, this is one of them. It'll still take hard work and dedication, but the obvious customer base means there's potentially a very lucrative line of business here."