Institute on Hook for $5.5M After Failing to Disclose Chinese Grants

The civil case is part of a broader crackdown on unreported foreign funding. 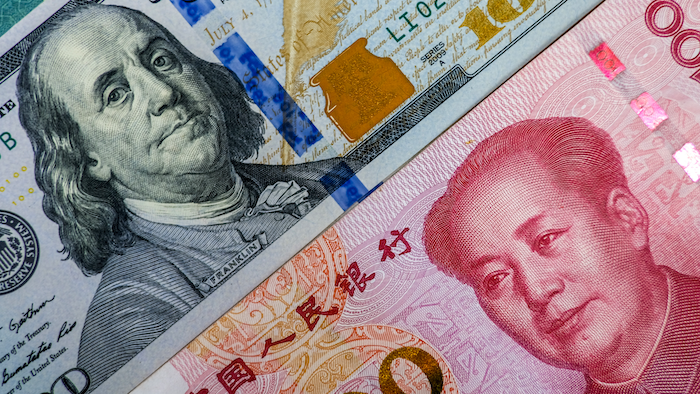 WASHINGTON (AP) — A Michigan research institute accused of failing to disclose Chinese government grants received by two of its researchers has reached a $5.5 million settlement, the Justice Department announced Thursday.

Federal officials said the Van Andel Research Institute, of Grand Rapids, acted with “deliberate ignorance or reckless disregard" when it applied to the U.S. government for grants on the scientists' behalf without also acknowledging that the researchers had been receiving funding from China.

The civil case is part of a broader crackdown by the Justice Department and other agencies on unreported foreign funding — especially from China — to researchers at American universities and institutions. U.S. authorities have also been warning the schools about Chinese government efforts to pilfer research and other cutting-edge technology.

In a statement, the institute — an independent biomedical research organization that studies cancer and other diseases— said it did not admit any wrongdoing as part of the settlement and that the case “has no connection to the quality of the Institute’s science or the validity of our research findings."

“In addition, both professors referenced in this civil matter have resigned from VARI," the statement said.

The Justice Department says institutions that apply for funding from the National Institutes of Health, but fail to disclose foreign government grants, violate federal rules that require them to reveal when research will be or has already been performed outside the United States.

In this case, officials say, the institute learned about Chinese grants to one of the researchers while reviewing a proposed press release for a journal article the scientist was publishing. Instead of asking for more details about the scope of foreign funding that needed to be disclosed to NIH, officials removed references to the Chinese grants from the press release.

“It is imperative that recipients of NIH grant funds properly report all sources of research support, financial interests and affiliations of individual researchers to ensure the proper and effective use of taxpayer dollars," Lamont Pugh III, a senior official with the Department of Health and Human Service's inspector general's office, said in a statement.

The Justice Department says the researcher, who also held a directorship at a Shanghai-based research institute, received funding between 2012 and 2018 from a variety of Chinese sources, including a talent recruitment program that the U.S. says facilitates the theft of intellectual property for Beijing's benefit. A Chinese institution sent the program a letter saying that the professor had received “generous support” from the program, the Justice Department said.

In August 2018, NIH Director Francis Collins sent letters to research institutions reminding them of their obligation to report foreign funding that their researchers receive. Several months after that, the NIH specifically warned the institute about the lack of disclosure. But the institute said no disclosure was necessary because there was no overlap between the grants the researcher was getting from China and from the U.S. government.

“The United States contends that VARI does not know whether that statement was, or is, accurate and acted with deliberate ignorance or reckless disregard for the truth in making that representation to the NIH," the Justice Department's settlement agreement says.

In its statement, the institute said it remains “deeply committed to ensuring that our processes meet funding disclosures and NIH requirements.”