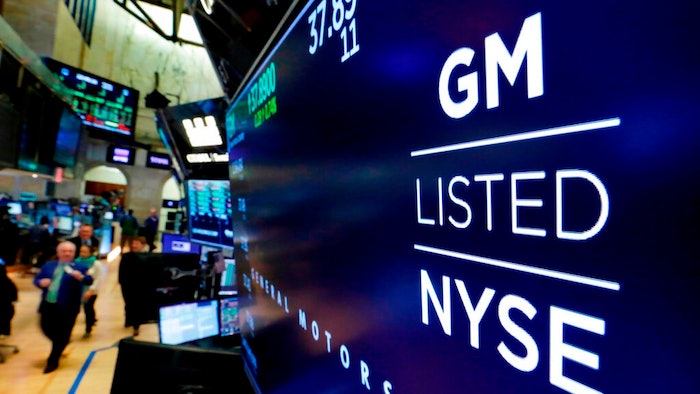 DETROIT (AP) — General Motors is hiring Google to run key parts of its dashboard infotainment system, admitting that the tech firm can do a better job.

GM says research shows customers want technology embedded in their vehicle, and they want it to match how their smartphones operate.

The company says Google will work to bring its voice assistant into vehicles worldwide as well as navigation and in-vehicle apps. It's scheduled to happen starting in 2021.

The company the Google system will be better than past GM attempts. The company says drivers will be able to use Google Assistant to make calls, text friends or even set the temperature in their vehicles.

"I think we're going to get a better experience, no doubt in my mind," GM Vice President of Connected Customer Experience Santiago Chamorro said in an interview. The natural language capability of Google Assistant keeps improving and will make it easier for people to talk to their cars, he said.

After many lackluster attempts at developing their own systems, automakers have been moving integrate phones into infotainment systems. Most cars now can project smartphones onto car screens with Android Auto or Apple CarPlay.

GM wouldn't release terms of its contract with Google. The deal is only with Google and does not cover any other units of its parent, Alphabet Inc., including its autonomous vehicle unit Waymo, GM said.