SAN JOSE, Calif. (AP) — A federal judge has rejected a government recommendation that he impose a $10 million bail bond on a former Google engineer who is accused of stealing self-driving car technology before joining Uber's effort to build robotic taxis.

Google affiliate Waymo is trying to create a fleet of fully autonomous taxis to compete against Uber and Lyft, which are both losing huge amounts of money partly because their ride-hailing services pay people to steer the vehicles.

The government says it believes the wealth Levandowski accumulated as a former star Google engineer, as well as his dual French citizenship, make him an extreme risk to flee the U.S. before trial. Documents submitted to Cousins pegged his net worth at $72 million.

Some of that money may be left over from a self-driving car startup called Otto that Levandowski launched even before leaving Google and eventually sold to Uber for $680 million. Levandowski then took over leadership of Uber's self-driving car division, only to be fired in 2017 after Waymo filed a lawsuit accusing him of stealing key technology before he left Google.

Before the lawsuit was filed, Google paid Levandowski a $120 million bonus. He ended up keeping about $52 million of that after paying taxes and other money owed to his former wife, said Ismail Ramsey, one of Levandowski's attorneys, during Wednesday's hearing.

Although Uber denied that it ever used any of Google's trade secrets, it agreed to pay Waymo $245 million last year to settle the case in the midst of a trial that riveted Silicon Valley. But long before the case settled, the judge overseeing it saw enough evidence to recommend the U.S. Attorney's office in San Francisco open a criminal investigation. After two years of looking into the matter, the U.S. Attorney charged Levandowski with 33 counts of theft, which could lead to 10 years in prison and more than $8 million in fines.

The criminal case is now in the process of being transferred to U.S. District Judge William Alsup, who oversaw the civil lawsuit and made the criminal referral.

Levandowski has denied the charges against him and has promised to show up for all court dates, including his eventual trial. In Wednesday's hearing, Ramsey accused the government of grandstanding in its attempt to depict Levandowski as a flight risk and suggested prosecutors were trying to make it more difficult for him to hire more lawyers by pushing for a $10 million bail, which would have represented about 14% of his net worth.

Most of Levandowski's money is locked up in real estate investments that can't be quickly or easily sold, Ramsey told Cousins. He had put up $300,000 in cash as part of the $2 million bail posted last week, with his father and a friend covering the rest with property they own.

Although Cousins said he doesn't think it's likely Levandowski will flee while awaiting trial, he amended the bail to include a $200,000 commitment from the engineer's brother Max. Cousins' said he may reconsider the bail terms at a hearing scheduled for Oct. 2. 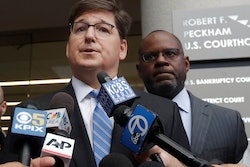 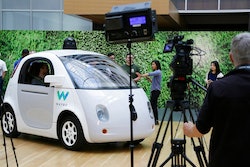 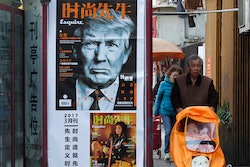