Last week, he crashed while trying to refuel halfway through. 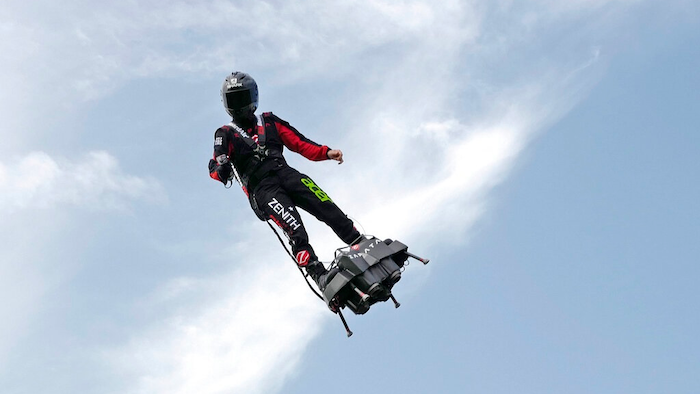 PARIS (AP) — A French inventor will try again to traverse the English Channel on a flying board after his first attempt failed halfway.

Franky Zapata's wife, Christele, said Wednesday that he will retry the 36-kilometer (22.4-mile) journey Sunday from the French town of Sangatte to the area near Dover.

Last week, on his first attempt, Zapata crashed into a refueling boat 20 kilometers (12 miles) into the trip. This time, his wife said he will use a larger boat for the refueling stop in hopes of making landing easier.

He had to build a new board, a customized version of the Flyboard his company sells for watersports. The engine is fueled by kerosene he carries in a backpack, his feet fastened to the board.