The American bike maker hopes the LiveWire can capture a new generation of riders and put a charge into diminishing sales. 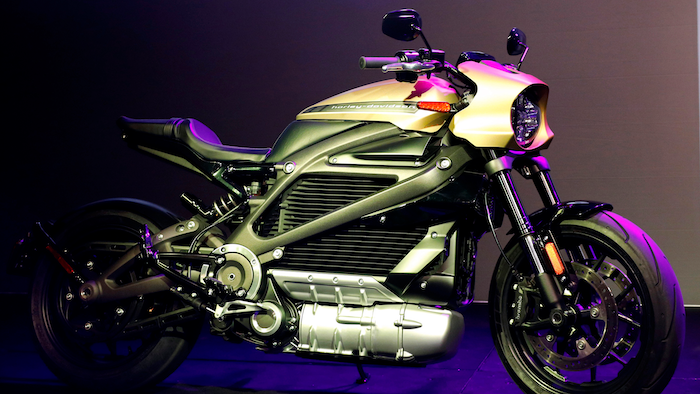 In this file photo a Harley-Davidson Motorcycles LiveWire electric motorcycle is on display during a Panasonic news conference at CES International in Las Vegas.
AP Photo/John Locher

Harley-Davidson is releasing details about the electric motorcycle it's rolling out this year that it hopes will capture the imagination of a new generation of riders and put a charge into its diminishing sales.

The LiveWire, which will soon be available in a limited number of dealerships, will cost nearly $30,000 and can go zero to 60 mph in three seconds. There is no clutch and no shifting. The company said Thursday that buyers will have access to free charging at participating LiveWire dealers for the first two years.

The Milwaukee motorcycle company has struggled with declining sales and an aging client base in the U.S. and abroad. Its U.S. motorcycle sales declined 4.2 percent and international sales fell 3.3 percent in the first quarter of this year.

Harley's traditional, non-electric motorcycles range from about $6,900 for a compact, urban model to nearly $44,000 for a fully-loaded touring bike. Additional free charging will be provided by Electrify America, a Volkswagen subsidiary created to build charging sites after Volkswagen settled charges that it cheated on diesel emissions.