It is backed by a 1.2 billion-euro ($1.3 billion) fund, half financed by the federal government and half by the auto industry. 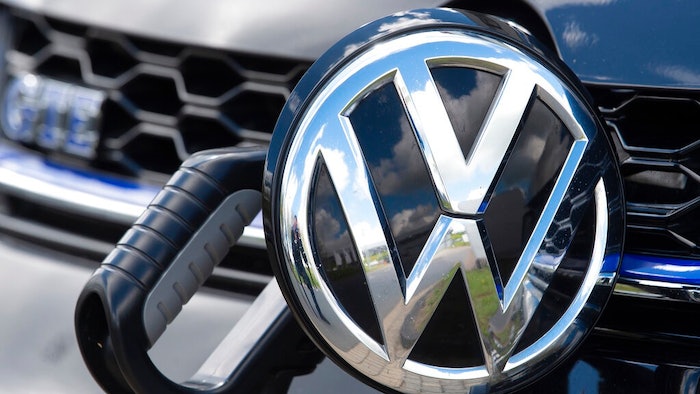 In this Tuesday, May 14, 2019 photo an e-Golf car is fixed with a charging station during a press tour at the plant of the German manufacturer Volkswagen AG (VW) in Zwickau, Germany. Volkswagen will total shift into electric cars at the plant in Zwickau and the first vehicles are to roll off the assembly line at the end of 2019.
AP Photo/Jens Meyer

BERLIN (AP) — The German government is extending a system of incentives to buy electric cars by 18 months until the end of 2020.

The program launched three years ago was supposed to expire at the end of June, but demand for electric cars has remained disappointing. It is backed by a 1.2 billion-euro ($1.3 billion) fund, half financed by the federal government and half by the auto industry.

Announcing the extension on Friday, Economy Minister Peter Altmaier said that "we need continuity in support" for electric cars. The incentives will continue at their current level: buyers of purely electric cars will continue to get 4,000 euros and people buying plug-in hybrids will get 3,000 euros.

Altmaier said applications for the incentives have been rising "but more slowly than we had hoped."

How Germany Plans to Quit Coal