How Germany Plans to Quit Coal

A short guide to the stakes at play and some proposed solutions.

BERLIN (AP) — Germany wants to stop using coal, a major source of the carbon emissions that drive climate change. But finding the least disruptive way to get there has been a challenge.

A big question is not only when the last mines and power plants will close down, but how quitting coal can be done without generating drawn-out protests or harming the German economy.

A government-appointed panel of experts is poised to offer recommendations. Despite months of deliberations, the panel remained undecided on key issues ahead of a key meeting on Friday .

A short guide to the stakes at play and some proposed solutions:

Why Germany is Quitting Coal

Germany is committed to the 2015 Paris climate accord, an international agreement that set a goal of keeping global warming well below 2 degrees Celsius (3.6 F), ideally 1.5 C (2.7 F).

Achieving the goal will require steep cuts in greenhouse gas emissions. Germany's coal plants produce the most carbon dioxide of any country in Europe, and forecasts indicate the country will miss its 2020 target for reducing emissions.

The country closed its remaining black coal mines last year, but still imports the fossil fuel from abroad. It also mines and burns lignite, a particularly cheap and dirty type of coal. Together, they provide more than one-third of Germany's electricity — a far greater share than other countries that have announced they're quitting coal.

Dropping coal would help the country meet its emissions goals for 2030 and 2050, which entail cuts of 55 percent and over 80 percent respectively.

Some 20,000 jobs in Germany are tied directly to the coal industry; another 40,000 depend on it indirectly. That's a vanishingly small number compared to other areas, including renewable energy, but coal jobs are located in economically depressed regions.

Two of the four German states where coal is still mined — Brandenburg and Saxony in the country's east — hold elections this year. The far-right Alternative for Germany party, which has been polling strongly ahead of the votes, has taken the position the mines should be kept open as long as there's coal.

A competing voice comes from Germany's environmental movement. There were large protests last year against the planned clearing of an ancient forest for mining, while thousands have rallied on the streets in recent years to call for action to halt climate change.

The German government, wary of making such a complicated and politically sensitive decision itself, punted the nitty-gritty negotiations to 28 experts representing industry, science, environmental groups and politicians from the affected regions.

Ottmar Edenhofer, co-director of the Potsdam Institute for Climate Impact Research, said the best way for Germany to avoid yellow vest-style protests , the ones seen in France over a fuel tax increase meant to discourage fossil fuel use, would be for Berlin to actively communicate the benefits that outweigh the likely cost of quitting coal.

How They Will Do It

The panel is considering various options, from a quick closure of some power plants to a series of shutdowns that start slow and speed up toward a final exit date. It hasn't yet agreed on a top recommendation.

Economists and environmentalists favor the first option, saying it would buy time to solve some of the more complicated issues. Not only is Germany giving up coal, it has already pledged to end the use of nuclear power by 2022, further narrowing its room for maneuvering.

Chancellor Angela Merkel has suggested Germany will temporarily need to import more natural gas — which emits about half as much CO2 as coal — to bridge the supply gap until renewable sources can fully meet the country's energy demands.

The government is expected to have to spend billions of euros (dollars) helping affected regions manage the economic impact of mine closures in the coming decades. A draft proposal envisages the creation of 5,000 new jobs over the next 10 years.

More money would need to be set aside to compensate utility companies for shutting down their coal-fired plants early and to ensure businesses and consumers don't get hefty increases stuck on their electricity bills.

Eric Schweitzer, head of the Association of German Chambers of Commerce and Industry, told business daily Handelsblatt that, all in all, the cost of Germany's coal exit could reach up to 170 billion euros ($193 billion).

Is It Worth It

Environmental groups say doing nothing to stop global warming would cost even more.

"The climate crisis is already a massive threat to many people, causing an explosion of costs due to failed harvests, wildfires , torrential rains and other extreme weather events," said Martin Kaiser, who represents Greenpeace on Germany's coal panel. "Protecting the climate will have a positive effect on the economy."

Failure to curb emissions could also force Germany to spend billions buying carbon credits from other countries to meet its EU-mandated targets in the coming years, money that wouldn't be invested back home.

What Could Go Wrong

Experts say Germany needs to be careful to avoid a "rebound effect" from its steps to go coal-free that could drive up the price of electricity, making less efficient fossil-fuel plants profitable again.

They also warn of a possible "waterbed effect" if the price of carbon dioxide in Europe's emissions trading system plummets, making it cheaper for utility companies elsewhere to burn fossil fuels.

Edenhofer, an economist by trade, says establishing a minimum carbon price could prevent both possible problems. Britain and British Columbia already have such carbon price floors, which generate additional income that governments can spend on infrastructure projects or to subsidize electricity for poorer citizens.

A bold strategy on coal could spur action in Germany's other economic sectors, such as transportation and heating, said Karen Pittel, director of the ifo Center for Energy, Climate and Resources.

It would also take Germany's 'energy transition' a step further, following the massive expansion of solar and wind power in recent years, reviving the country's image as a climate pioneer. The coal decision is being closely watched in neighboring European countries such as Poland, Slovakia and Bulgaria, which also rely heavily on fossil fuels.

Scientists say that if all of the world's existing coal plants — including those under construction in Asia and Africa — run for their expected lifespans, they would emit as much CO2 as the atmosphere can afford to absorb if global warming is to remain below 1.5 C. 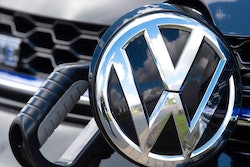