He said people eventually will get back on the plane. 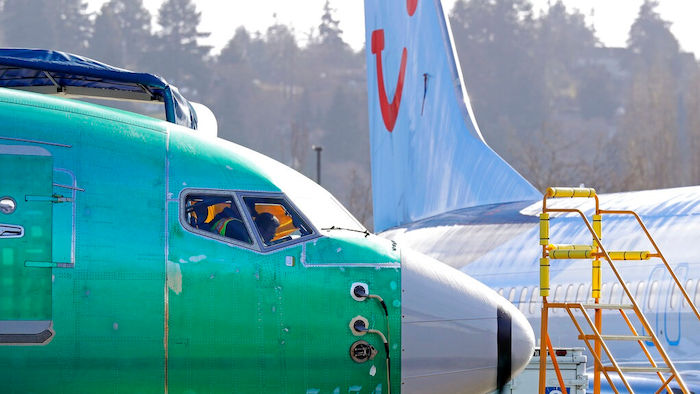 FORT WORTH, Texas (AP) — Public confidence in Boeing's 737 Max jet is "maybe" shaken after two deadly crashes but that will eventually change, said the chief of the Federal Aviation Administration.

Representatives from 33 other global aviation regulators will meet in Fort Worth, Texas, Thursday to hear FAA officials describe the steps they have taken — and what remains to be done — before the plane flies again.

The list of foreign regulators includes delegates from Indonesia and Ethiopia, where the two crashes occurred before the plane was grounded worldwide in March. In all, 346 people died.

Acting FAA Administrator Daniel Elwell repeated that his agency won't lift the grounding of the Max until it is safe. He said people eventually will get back on the plane.

"Is public confidence shaken right now? Maybe," Elwell told reporters, adding that once the FAA finishes its study of Boeing's changes to the plane, "the public will fly it and the public will be confident in U.S. and global travel."

Boeing said it has finished work on flight-control software that has been implicated in both accidents. The company, however, hasn't submitted final paperwork to regulators or scheduled a mandatory test flight with FAA experts.

Three U.S. airlines — Southwest, American and United — have 72 Max jets and hoped that with the software fix and additional training for pilots, they could be flying again by August.

Elwell declined to say whether that would happen.

"If it takes a year to find everything we need to give us the confidence to lift the (grounding) order, then so be it," Elwell said. "I'm not tied to a timetable."

Because the plane was designed and built in the United States, the FAA is almost certain to be the first to certify it safe to fly. Regulators from China, Europe and Canada have indicated they plan their own reviews before ungrounding the plane, but FAA officials hope they don't wait too long.

At Thursday's meeting, FAA will share its safety analysis of the Max.

FAA officials hope foreign regulators will indicate "what else they would like to see from us so that we can help them with their decisions to unground," said Ali Bahrami, FAA's associate administrator for aviation safety.

May 15th, 2019
Latest in Product Development