The majority of the money will go toward building out infrastructure to support operations to fly drones beyond the sight of the pilot. 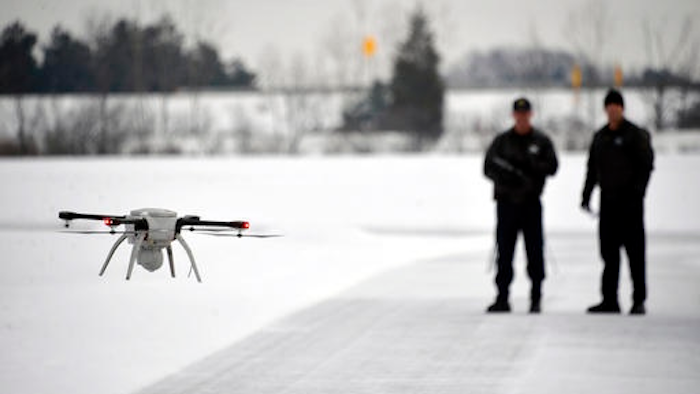 BISMARCK, N.D. (AP) — North Dakota plans to invest $33 million in the unmanned aircraft systems industry in an attempt to establish the state as a premier location for drone research, testing and commercialization.

Gov. Doug Burgum is expected to sign a bill authorizing the investment in a ceremony Monday with state leaders. The majority of the money will go toward building out infrastructure to support operations to fly drones beyond the sight of the pilot.

Burgum lauded the state's strong commitment to supporting researchers, entrepreneurs and technology in the field when announcing the decision this week.

"The exciting work made possible by our statewide UAS infrastructure network and beyond visual line of sight capability will diversify our economy and create lasting benefits for taxpayers, businesses and industry alike," Burgum said.

The new commitment will raise North Dakota's total investment in drone research and development to $77 million.

Drones Will Be 'Game Changer'