The ambitious goal is targeted for completion within ten years. 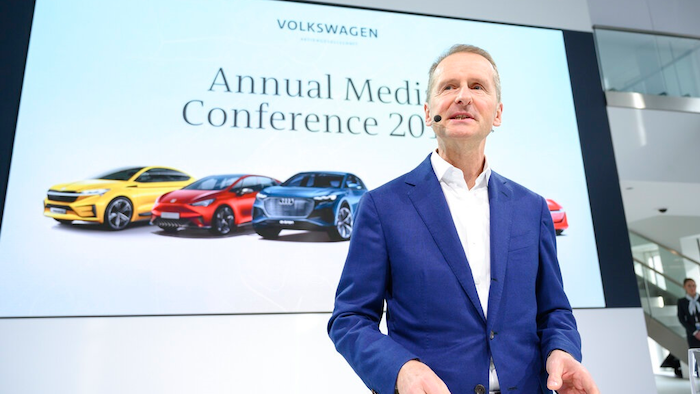 Herbert Diess, CEO of the Volkswagen AG, addresses the media during the annual press conference of the car manufacturer Volkswagen AG in Wolfsburg, Germany, Tuesday, March 12, 2019.
Christophe Gateau/dpa via AP

FRANKFURT, Germany (AP) — German automaker Volkswagen said Tuesday it plans to ramp up its production of electric vehicles over the next ten years to 22 million and reduce its carbon footprint over vehicle life cycles by 30 percent.

Previously, the company said it would aim for 15 million. That was ambitious in itself given that it made fewer than 50,000 battery-only vehicles last year.

The company is pivoting to electric vehicles as it seeks to comply with new limits on carbon dioxide emissions in Europe, and a push by China for more low-emission vehicles.

The company also disclosed that operating profit at its core Volkswagen brand, one of 12, fell to 3.2 billion euros ($3.6 billion) from 3.3 billion last year as the company faced bottlenecks certifying vehicles under new emissions tests.

CEO Herbert Diess said at the company's annual news conference that the company met its profit goal with an operating margin of 7.3 percent.