Kyle Sandler said he never intended to pull off a massive scam but greed got the best of him.

Jay Reeves
In this March 31, 2015 photo provided by Art Meripol, Kyle Sandler poses for a photo at The Round House in Opelika, Ala. Sandler, who launched the business incubator called the Round House plead guilty to charges of taking about $1.9 million from investors. Authorities say Sandler used the money to pay for child care, rent, cars and more. Sandler now admits falsely portraying himself as a one-time Google executive to reel in a whole town.
Art Meripol via AP

OPELIKA, Ala. (AP) — Looking back, there are so many reasons Kyle Sandler was able to separate so many people from so much of their money.

Sandler rolled into this old railroad crossroads at a time when Opelika (Oh-puh-LIE-kuh), — and nearly every other city in America — was trying to bounce back from the Great Recession. Opelika's downtown, dating to the late 1800s, was dotted with vacant buildings. The city of 30,000 people needed a boost.

Soon, it seemed, everyone who mattered had heard Sandler's captivating story: He was a one-time Google executive who got rich on the West Coast and, in a stroke of good fortune, picked their east Alabama town as his new home.

Sandler unspooled a steady patter about startups and high-tech innovation. He was always looking at his cellphone, always seemed to be in search of the next big thing. He drove a sporty Jaguar in a town full of pickups and had, in his own words, "a heart of gold."

So when Sandler opened a business incubator called the Round House and proclaimed himself its "conductor" — a visionary who would guide entrepreneurs toward riches — people bit. Their faith in him only deepened when Sandler aligned himself with local John McAfee, an early pioneer of internet security, and landed national media coverage for an Opelika teenager with an idea for a new kind of vending machine said to be worth millions.

"Kyle was a master. I think he could get money out of a guy living under a bridge," said Chuck Wacker, one of dozens of locals who invested in the Round House. "He was that good a promoter and a pitchman."

In all, authorities said, Sandler raked in investments totaling about $1.9 million from more than 50 investors, all the while diverting their money for his personal expenses such as child care, rent and cars.

In a series of exclusive telephone interviews from jail with The Associated Press, Sandler said he never intended to pull off a massive scam but greed got the best of him.

That could be, but this much is certain: Kyle Geoffrey Sandler, 43, grew up in Maryland and eventually got into promoting startup businesses online. A "serial entrepreneur," he formed the Round House as a launching pad for new tech companies in October 2014.

He said he'd settled in Opelika mainly because his wife, an Alabama native, wanted to move home. Opelika, the state's first "gig city" with a high-speed fiber-optic network, provided an incentive of free internet service worth about $50,000, he said.

"I thought he had a good idea," Mayor Gary Fuller said.

The city also had attracted John McAfee, who founded the corporate predecessor of computer security giant McAfee Inc. He noticed Sandler driving the Jaguar and the two struck up a relationship.

"He was displaying ostentatious wealth. It didn't seem like you needed to delve too deeply into it," McAfee said in a phone interview.

Aside from promoting his business, Sandler acted as a mentor for young local entrepreneurs. That's how he met Taylor Rosenthal, 13 at the time.

A baseball player for years, Taylor had a business idea born at the ballpark.

"Every time a kid got hurt, I would notice that a parent wouldn't be able to find just a Band-Aid, and I tried to come up with something in an eighth-grade class called the Young Entrepreneurs Academy," he said in a 2016 interview on CNN .

Taylor's initial plan for selling first-aid supplies morphed into a vending machine dispensing injury-specific products. A parent whose child a skinned knee could touch the screen and get cleaning wipes, ointment and a bandage.

Incorporation records show RecMed LLC formed on Dec. 1, 2015, with Sandler as registered agent and Taylor and his parents as co-owners with a 70 percent stake. The company was based at the Round House. Sandler produced a promotional video featuring Taylor. An article in Inc. magazine named Taylor one of 20 teen entrepreneurs "set for success" in 2015.

Media coverage swelled, particularly when it came out that an undisclosed company had offered millions for RecMed. Sandler said he sent a news release after Taylor was selected to appear at TechCrunch Disrupt, a showcase for startups in New York. National media outlets lined up for interviews without doing much to verify the story.

"Now, what's this about you've got a $30 million offer for your company. Is that for real?" Fox Business host Stuart Varney asked during a 2016 interview.

"Yes, it is," Taylor said, adding after prodding that a "major health care" company made the offer. He said he'd rejected it and was holding out for $50 million. He told CNBC he wanted to buy a Bentley and have someone drive it for him.

To his family, it all seemed very real.

The boy's father, Terry Rosenthal, said in an email exchange with the AP that Sandler showed them a document indicating pharmaceutical giant Johnson & Johnson was interested, and the family met with the company in June 2016.

Sandler presented a written purchase offer from another company, Rosenthal said, and showed them emails in which theme-park giant Six Flags expressed interest in purchasing 100 machines. A big payday seemed just around the bend.

With publicity mushrooming, Sandler and the Round House were hot commodities. The sign over the door proclaimed the operation "Alabama's fastest start up space." People were there every day, working on legitimate businesses.

"I loved Opelika, and they loved me," Sandler said.

A Bitcoin-mining company with ties to McAfee at the time, MGT Capital Investments, acquired a membership interest in the Round House in May 2016; Sandler said the company invested $125,000 and provided another $250,000 in stock bonuses.

Local investors bought in, too. Wacker, a retired Department of Veterans Affairs worker, said he met Sandler through Rotary Club.

"After a couple of months of him being around and talking to other people at Rotary who had invested with him, I sat down with my wife and said, 'Let's give this guy some money,'" Wacker said. They put in about $35,000, Wacker said, and helped fund a prototype of Taylor's vending machine.

Without warning, in mid-December 2016, the Round House closed. Days later, the Opelika-Auburn News quoted Sandler as saying the business had simply run out of money.

"I'm sorry for what happened to Opelika and Round House," he said at the time. "I lost control, and we ended where we're at."

That was only a sliver of the truth.

Before the shutdown, Sandler said in an interview, some investors uncovered his secret — he wasn't the person he portrayed himself to be — and confronted him. He never worked at Google, Sandler now admits, and he wasn't wealthy.

Sandler had arrests for theft, forgery and check fraud before he ever hit town. In 2010, he was convicted in Maryland and North Carolina of attempted theft and forgery but never went to prison.

Online reviews from his time as a wedding DJ in North Carolina complained about Sandler vanishing with money. Jocelyn Chidsey said Sandler pocketed a deposit of about $250 for her wedding in 2009 and never showed.

"He became more unresponsive and just blew us off," she said.

At some point, Taylor Rosenthal's parents learned Sandler had lied to them to produce the story of the $50 million deal the boy unwittingly told in interviews that boosted the Round House.

Although the family had, indeed, met with Johnson & Johnson, Terry Rosenthal said Sandler's supposed letter from the company expressing interest turned out to be a fake. So were the emails from Six Flags, he said.

Of all the people who lost money to Sandler, McAfee said, the Rosenthals were hurt the worst.

"That was the most tragic of the things he did. He sucked in this 14-year-old boy. He used that kid viciously," said McAfee, who now lives on a boat in the Caribbean and tweets about another presidential bid while attempting to avoid federal prosecution for failing to pay taxes.

Sandler was arrested in Texas in June 2018, weeks after records show he and a young woman formed a startup media company in College Station with plans to sell as much as $650 million in shares with a minimum investment of $10,000.

In raising about $1.9 million from Round House investors, Sandler issued stock certificates for twice as much as the incubator was worth, authorities said. A judge has ordered him to forfeit all the money. Sandler said his actual take may have been more, around $2.1 million.

Neither investors nor the media checked his background or asked to see the books, Sandler said, and he began stealing as money rolled in. He admits to using others — particularly Taylor Rosenthal — in a massive swindle.

"Taylor is guilty of nothing. The only thing he did was get manipulated by me. I feel really bad about that," Sandler said from jail, where he awaits sentencing, set for Thursday in Montgomery.

Now a senior at Opelika High, Taylor hopes to attend business school this fall, according to a GoFundMe appeal created by his father for an event. People who know Taylor say his future is bright, and the vending machine idea could still pay off.

Sandler said he dreams of using an internet-based business to raise money and repay his victims after he's released from prison. He wants to do it in the most unlikely of places: Opelika.

"I hope they will have me back," he said. 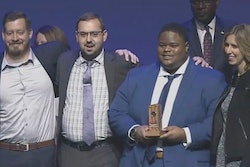 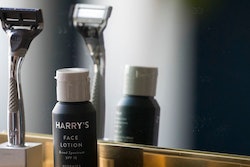 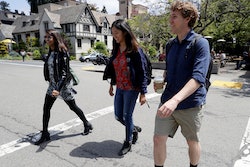