They were underpaid for similar work done by white men by as much 25 percent.

SAN FRANCISCO (AP) — U.S. government regulators are accusing software maker Oracle of engaging in discriminatory practices that resulted in thousands of its women, black and Asian employees being underpaid by more than $400 million.

The allegations emerged Tuesday in a filing made in a two-year-old case that is being pursued by a part of the U.S. Labor Department that examines the pay practices of government contractors.

The agency estimates Oracle has government contracts worth about $100 million annually.

The filing cites evidence that Oracle underpaid women and ethnic minorities for similar work done by white men by as much 25 percent. 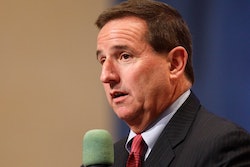