Rivian plans to hire as many as 1,000 employees to make electric vehicles in central Illinois.

Normal Mayor Chris Koos tells The (Bloomington) Pantagraph his city already has preordered one of the R1T electric vehicles that are expected to launch in 2020.

Rivian plans to manufacture electric vehicles in a former Mitsubishi plant in Normal. The plant was shut down by Mitsubishi in November 2015.

The newspaper reports Rivian plans to hire as many as 1,000 employees to make electric vehicles in the area.

The R1T is expected to travel between 250 and 400 miles (402 kilometers and 644 kilometers) on a single charge, depending on the model. The price starts at $61,500. The vehicle will be sold at a factory store in Normal. 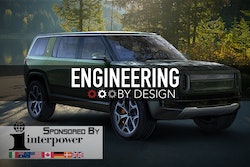