Cannabidiol, or CBD, does not produce a "high," though it is believed by many to have anti-inflammation and pain-relieving properties.

Gillian Flaccus
In this April 24, 2018, file photo, the first rendering from hemp plants extracted from a super critical CO2 extraction device on its' way to becoming fully refined CBD oil spurts into a large beaker at New Earth Biosciences in Salem, Ore. The Coca-Cola Company says that it's "closely watching" the growth of the use of a non-psychoactive element of cannabis in wellness drinks.
AP Photo/Don Ryan, file

The Coca-Cola Company said Monday it is "closely watching" the expanding use of a cannabis element in drinks, another sign cannabis and cannabis-infused products are getting more acceptance in mainstream culture and a harder look from long-established pillars of American business.

The statement came after reports the beverage giant was in talks with a Canadian cannabis company to create a health drink infused with cannabidiol, a naturally occurring non-psychoactive compound derived from the cannabis plant. Shares of the company, Aurora Cannabis Inc., closed up nearly 17 percent on the Toronto Stock Exchange after the report.

Spokespeople for the companies declined to comment on the report but acknowledged their interest in that segment of the cannabis market.

Cannabidiol, or CBD, does not produce the high commonly associated with marijuana. It is believed by many to have anti-inflammation and pain-relieving properties, and numerous CBD-infused products have emerged recently.

Aurora spokeswoman Heather MacGregor said her company "has expressed specific interest in the infused-beverage space and we intend to enter that market."

A Coke spokesman said the beverage giant has made no such decision.

"Along with many others in the beverage industry, we are closely watching the growth of non-psychoactive CBD as an ingredient in functional wellness beverages around the world. The space is evolving quickly," Coke spokesman Kent Landers said.

Coke's interest is another indication of the growing acceptance of cannabis by established companies and of the importance of Canada to the development of those businesses. Marijuana becomes legal across Canada on Oct. 17. Cannabis companies from the U.S. — where marijuana remains illegal at the federal level — have flocked to Canada to raise funds and establish businesses there.

American companies interested in making a play in the cannabis space can try things out in Canada without risking doing something illegal at home.

Coca Cola's statement shows the company has learned from its past missteps picking up on new drink trends, said Ali Dibadj, a senior analyst at AllianceBernstein with an expertise in U.S. beverage and snack food companies.

"The company has been caught flat-footed in the past in not keeping up with trends in beverages. They missed the energy drink phenomenon, they missed — and then had to buy into — the functional waters like Vitamin Water and coffee," Dibadj said. "I think what they're saying is what they should be saying on this very new and emerging beverage."

But testing the waters of cannabis-themed drinks could backfire, he said. Many Americans aren't intimately familiar with the cannabis plant and might not understand that CBD has no psychoactive properties.

Hemp and marijuana are both cannabis plants, and both contain CBD, which can be extracted as an oil that can be added to everything from dog food to hand lotion to drinks.

"I think you have to be very, very careful with this as a large brand. There are different viewpoints on a product category, and you don't want to offend too much," Dibadj said. "You don't want to be too far ahead on any curve." 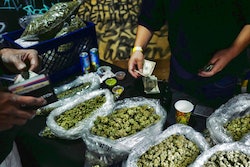 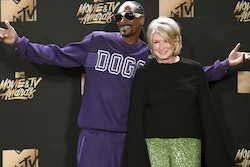 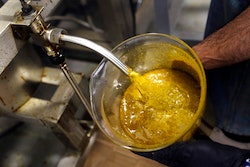