Peter Madsen lured journalist Kim Wall onto his home-made submarine with the promise of an interview.

Jan M. Olsen
This April 30, 2008 file photo shows a submarine and its owner Peter Madsen. Danish submarine inventor Peter Madsen, who was found guilty of the torture, sexual assault, murder and dismemberment of a Swedish reporter, appeared before an appeals court Wednesday Sept. 5, 2018, to fight against his life sentence.
Niels Hougaard/Ritzau via AP, File

COPENHAGEN, Denmark (AP) — Danish submarine inventor Peter Madsen, who was found guilty of the torture, sexual assault, murder and dismemberment of a Swedish reporter, challenged his life sentence before an appeals court Wednesday.

The three-day session at the Eastern High Court in Copenhagen before three judges and three jurors will not deal with the Apr. 25 guilty ruling.

In Denmark, a life sentence is on average 16 years, but can be extended if necessary. Madsen, 47, wants a time-limited sentence, not an open-ended prison term.

Madsen looked down at the desk in front of him as his defense lawyer Betina Hald Engmark read long excerpts of his previous statement as she attempted to cast him in a more favorable light.

In April, Madsen was convicted of murdering the 30-year-old journalist in his homemade submarine last August before dismembering her body. He has confessed to dumping her body parts at sea, but insists Wall died accidentally.

Wearing a dark blazer, a black T-shirt and jeans, Madsen listened quietly as prosecutor Kristian Kirk read out the April verdict to present the case. The prosecutor also read out texts found in Madsen's possession about young women being impaled and killed. Wall's parents, who both attended court Wednesday, also listened quietly.

He looked away when Kirk played a police video of the inside of his UC3 Nautilus submarine, which he had claimed was the largest privately built submarine in the world.

"My client is not satisfied with the (life) sentence. that's why we are here, not to find out whether he is guilty or not," said Hald Engmark.

The Copenhagen City Court had ruled unanimously that Madsen lured Wall onto his home-made submarine with the promise of an interview.

The court ruled the murder was sexually motivated and premeditated, with the prosecution using Madsen's shifting explanations against him and quoting a court-ordered psychiatric report that described him as "emotionally impaired with severe lack of empathy, anger and guilt" and having "psychopathic tendencies."

Hald Engmark argued that the prosecution case was based "on undocumented claims."

She said Madsen did something "horrible" by cutting Wall's body into pieces, but he should only be sentenced for that, noting that the cause of death has never been established. Under Danish law, indecent handling of a corpse carries a maximum sentence of six months in jail.

A freelance journalist, Wall wrote for The New York Times, The Guardian and other publications. She had reported from post-earthquake Haiti, among other places, and had studied at Paris' Sorbonne University, the London School of Economics and Columbia University in New York.

She set out on the submarine on a sunny August evening last year to interview Madsen, the co-founder of a company that develops and builds manned spacecraft. Her remains were found in plastic bags on the sea bed weeks later.

Madsen initially said he had dropped Wall off on a Copenhagen island several hours into their submarine trip.

Then he claimed Wall had died as a result of a buildup in pressure inside the submarine, and changed that to say that Wall had died accidentally inside the vessel when a hatch fell and hit her on the head. There was no indication of a skull injury when her head was finally located.

A decision is expected Sept. 14. 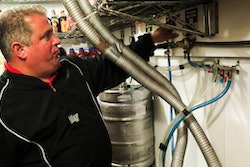 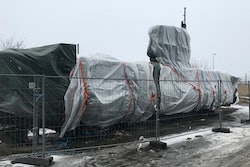 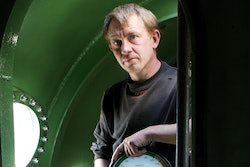