He was at the park to install his patented beer-pouring technology. 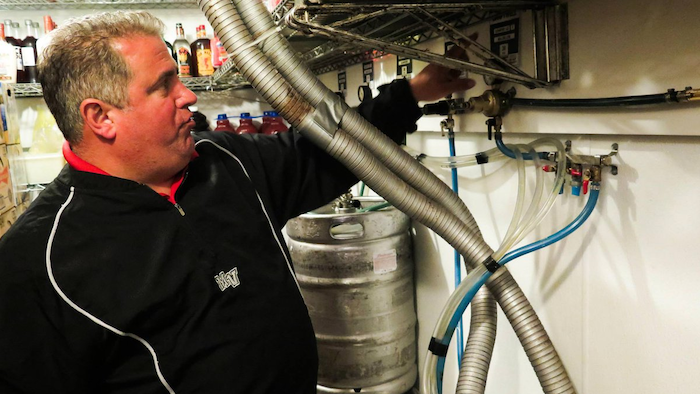 ATLANTA (AP) — A body found inside a beer cooler at the major league home of the Atlanta Braves belongs to a Minnesota inventor who was doing contract work at the stadium, police in Atlanta's suburbs said Wednesday.

Keeling had worked an overnight shift for a beverage vendor, authorities said. A co-worker found his body inside the beer cooler at SunTrust Park before Tuesday night's Braves vs. Cincinnati Reds game.

Keeling was an inventor, and had been at SunTrust Park to install his patented beer-pouring technology when he died, a relative told an Atlanta newspaper.

In October 2016, the United States issued the patent for the invention, which features "a new nozzle for a beer valve tap and a new foamless beer tap dispensing system," government records show.

"This is his dream since he was a kid," his aunt, Fran Kuchta, told The Atlanta Journal-Constitution .

Keeling had already worked to get beer technology installed at The Chicago White Sox and Minnesota Twins' stadiums, and was excited about the technology being added to SunTrust Park, Kuchta said.

Just this week, Braves officials showed off the new technology to local news reporters, saying it will allow beers to be poured about three times faster than in the past.

SunTrust Park is northwest of Atlanta, near Smyrna, Georgia.