From 3D Printing to Kits, A Brief History of Rogue Gun Makers

There is nothing new in attempts by gun makers to exploit loopholes in government regulations. 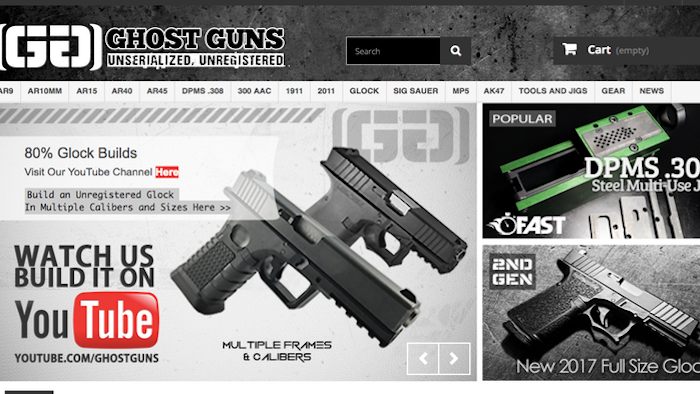 (THE CONVERSATION) Gun rights activist Cody Wilson got a green light from the Trump administration in June to publish digital blueprints on the internet that will enable anyone with a 3D printer to make a plastic gun.

A federal judge blocked distribution of those blueprints. But thousands of people have already downloaded them.

Designs include handguns and semi-automatic assault-style weapons. Federal background check laws applicable to the physical sale of firearms do not apply to the electronic posting of digital blueprints, and state restrictions on assault weapons will be impossible to enforce for any weapons made from Wilson’s designs because there will be no production or sales records.

Wilson’s harnessing of computer technology and his self-proclaimed radical ideology have added a new, unpredictable dimension to America’s struggle to reduce gun violence. But my research into the marketing, distribution and sales practices of the U.S. firearms industry reveals that there is nothing new in attempts by gun makers to exploit loopholes in government regulations.

Since the 1980s, anyone can purchase the most lethal of firearms free from all legal restrictions. This has been made possible by small companies, operating on the margins of the gun industry, that sell complete weapons in the form of parts kits.

Gun parts – as opposed to whole guns – are not subject to any of the federal regulations that govern firearms sales. No federal license is necessary to sell gun parts. And no background check is needed to purchase them.

These unregulated guns have been used to kill.

The most notorious case of a mass shooting using a gun assembled from a kit occurred in 1994. That’s when a gunman opened fire on a van full of children on the Brooklyn Bridge, killing one and injuring another. The gunman fired 18 shots in just a few seconds using two semi-automatic pistols assembled from parts kits. The kits were made and sold by a small family business owned by Sylvia and Wayne Daniels.

The company took orders over the phone. Buyers provided only credit card information and a mailing address. The company gave discounts for bulk purchases and kept no sales records.

Federal law requires that a gun’s receiver – the frame that holds the other components – be inscribed with a serial number. To avoid this requirement, the company sold a flat piece of sheet metal instead of a receiver in each kit, with instructions on how to fold the sheet metal to serve as a receiver.

The weapon sold by the Daniels was the Cobray M-11/9, a popular firearm among urban gangs in the 1980s and 1990s. The company’s advertising touted it as “The Gun that Made the 80s Roar” and boasted of is popularity among “Drug Lords.” Between 1993 and 1998, more than 3,000 Cobray M-11/9 pistols were recovered in crime investigations and traced back to the company.

In a civil lawsuit against the company by families of the Brooklyn Bridge shooting victims, Wayne and Sylvia Daniels testified that they did not care who purchased their gun kits. A jury found them negligent. In the end, they were not held liable because the gun passed through many owners between the sale and the shooting.

Today, gun kit sellers are reportedly doing a brisk business. They allow quick access to a wide variety of guns for people who cannot legally purchase a firearm under federal law. Online instructional videos and internet sales have been a major boost to the industry. Because gun kit manufacturers are unlicensed and they are not required to keep production or sales records, there is no way to count how many guns they sell.

However, there is an ominous difference between gun kit makers and Cody Wilson.

Gun kit makers are in the business of selling guns. The nation’s gun control laws are based on the regulation of gun sales – who can buy guns and who can purchase them. It would not be difficult for Congress to plug the gun kit loophole by simply including gun parts within the current rules for gun sales.

But Wilson is not in the business of selling guns. He is not even transferring guns.

Instead, he is waging a campaign to allow anyone with an internet connection and 3D printer to become a DIY gun maker. I believe Wilson’s sharing of gun plans over the internet could render impossible any attempt to subject private gun ownership to the rule of law.

This article was originally published on The Conversation. Read the original article here: http://theconversation.com/from-gun-kits-to-3d-printable-guns-a-short-history-of-rogue-gun-makers-100878.