How the Whole Earth Catalog's optimistic message reinvented the environmental movement in 1968. 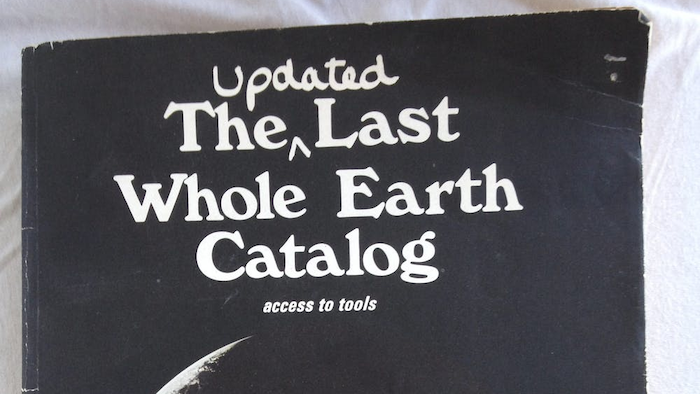 The Whole Earth Catalog was published from 1968 through 1972, with a few special issues in later years.
Christian Guthier, CC BY-NC

In the fall of 1968 a Stanford-trained biologist, organizer of the legendary Trips Festival and Merry Prankster named Stewart Brand published the first Whole Earth Catalog. Between 1968 and 1972, the Catalog reached millions of readers and won the National Book Award.

The title and iconic cover image of this counterculture classic celebrated the first publicly released NASA photographs showing the whole planet Earth from space. These images profoundly changed the way humans thought about the environment. And the Catalog played an important role in that change.

Today many know Brand and his Catalog as part of the information revolution and the cyberculture it spawned. As an environmental historian, however, I see the Whole Earth Catalog as relevant 50 years later for another reason.

Starting with that amazing image of the planet in a sea of inky black space, Brand helped change the trajectory and constituency of the American environmental movement by bringing together a new community of environmental thinkers and advocates who invented what came to be known as “sustainability.”

Brand’s unique catalog brought together the products and ideas of an eclectic mix of intellectuals, computer hackers, hippies, alternative designers, architects, builders and environmentalists. All of them were innovators and iconoclasts, linked by a shared rejection of traditional ways of learning, doing business, building things and organizing communities.

Sections titled “Understanding Whole Systems,” “Land Use,” “Shelter,” “Industry,” “Craft,” “Community,” “Nomatics,” “Communications” and “Learning” led readers toward a holistic view of environment. The Catalog linked wilderness and technology, country and city, culture and nature in a way that was unconventional at that time.

The format was irresistible. The catalogs were huge, with pages overflowing with photos, drawings, mini-essays, reviews and psychedelic graphics. The result was a newsprint celebration of an emerging San Francisco Bay-area creative community of “Thing-Makers, Tool Freaks and Prototypers.” It captured a generation of readers by offering a tantalizing burst of creative optimism in a year marred by the assassinations of Martin Luther King Jr. and Robert Kennedy, riots at the Democratic National Convention and the shocking Tet Offensive in South Vietnam.

Brand had spent several years earlier in the 1960s traveling across the American West, visiting Indian reservations and communes. These trips directly inspired the Catalog, which he conceived of as a new information system – one that might subvert existing media and markets, and better connect dispersed creative communities in new ways.

As he explained it, the Catalog was an “access service,” filled with examples of “what was worth getting and information on where to get it … a catalog, continuously updated, in part by the users.” It answered a direct call from commune dwellers who wanted to know, “Where to buy a windmill. Where to get good information on beekeeping. Where to lay hands on a computer.”

From the first sentence of the first issue, “We are as gods and might as well get good at it,” Brand issued a bold call for a new kind of environmentalism. Decades before the term was coined, he argued that we were living in the Anthropocene, where human influences were altering conditions for life on Earth. In Brand’s view, the logical response was to make a plan.

The Catalog featured traditional environmental topics, but urged readers to see nature everywhere – not just in remote places without people. Nothing made that point more clearly than the image of the Earth from space.

Brand’s genius was understanding the links between windmills, bees and computers. In his view, connections between high and low technology and between nature and culture united hippies in Taos with geeks building computers in the Bay Area. On his commune trips, he saw growing demand for a new type of hybrid knowledge absent from the mainstream media of the day. The Whole Earth Catalog became a bible for tens of thousands of Americans living in communes in the 1960s and 70s. 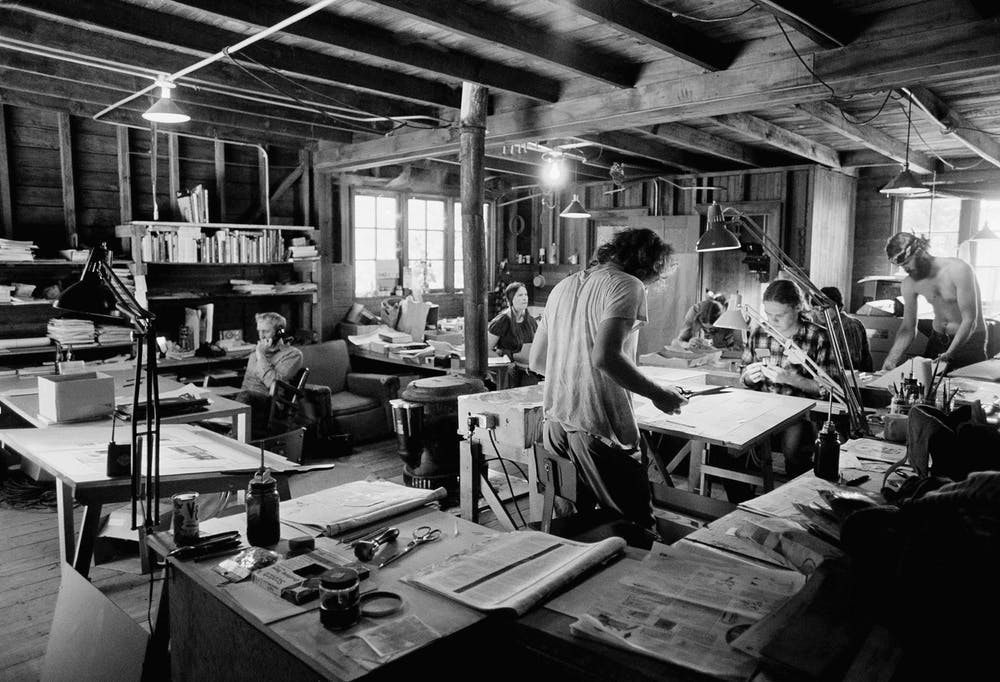 Brand’s optimistic vision of reconciling American technological know-how with environmentalism also appealed to broader audiences. With its call for readers to recognize their status as “gods,” and its celebration of good tools and green technologies, the Whole Earth Catalog helped popularize the “appropriate technology” movement, which advocated for small-scale, decentralized and environmentally benign options. Brand introduced readers to key thinkers like economist E.F. Schumacher, whose 1973 classic “Small Is Beautiful” offered an influential argument for appropriate technology and “economics as if people mattered.”

The Catalog provided a forum for environmentalists like Schumacher who celebrated human ingenuity at a time when the mainstream movement focused on wilderness, wildlife and the non-human. And by showcasing green technologies like windmills, ecological design, solar power and alternative energy, it offered a widely accessible “everyday environmentalism” that was open to urbanites and others unable to visit remote wilderness areas.

Appropriate technology worked in tandem with the emerging environmental justicemovement. These ideals spread globally, taking root most deeply in the developing world.

Over the next several decades Brand was omnipresent at many of the most critical moments in the rise of personal computers and the internet. He witnessed the first use of a mouse, mingled with the first hackers, and co-founded the WELL, one of the first online communities and proto-social networks.

The Whole Earth Catalog featured information on all of these cyber-trends long before most people saw them coming. Steve Jobs claimed that the Catalog was the paperback prototype for Google. This cyber-pioneering helped spread the environmental message.

Fifty years after its publication, the Whole Earth Catalog remains insightful and urgent, even though it has been out of print since 1998. The American environmental movement now embraces appropriate technologies and the human-centered everyday environmentalism that the Catalog first presented to millions.

Though environmentalism remains a deeply polarizing issue, the constituency for environmental change is much broader and more diverse than it was in 1968. A new generation of advocates assume people and their tools are part of nature, and believe that thoughtful personal choices can be part of saving the planet. This evolution happened in part because a groovy counterculture publication offered a new way to understand the whole Earth.

This article was originally published on The Conversation. Read the original article here: http://theconversation.com/thing-makers-tool-freaks-and-prototypers-how-the-whole-earth-catalogs-optimistic-message-reinvented-the-environmental-movement-in-1968-95915.