There was no immediate public reaction from diver Vern Unsworth to Musk's latest tweets . 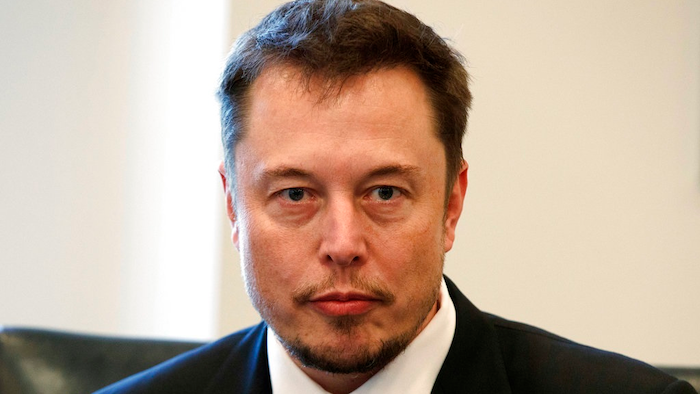 In this Dec. 14, 2016, file photo, Tesla CEO Elon Musk listens as President-elect Donald Trump speaks during a meeting with technology industry leaders at Trump Tower in New York. Musk has apologized for calling a British diver involved in the Thailand cave rescue a pedophile. In a series of tweets late Tuesday, the Tesla CEO said he had "spoken in anger" on Sunday after diver Vern Unsworth accused Musk of orchestrating a "PR stunt" by sending a small submarine to help divers rescue the soccer players and their coach from a cave.
AP Photo/Evan Vucci, File

BANGKOK (AP) — Tesla and SpaceX CEO Elon Musk has apologized for calling a British diver involved in the Thailand cave rescue a pedophile, saying he spoke in anger but was wrong to do so.

There was no immediate public reaction from diver Vern Unsworth to Musk's latest tweets .

Musk's initial tweet calling Unsworth a "pedo" was a response to a TV interview Unsworth gave. In it, he said Musk and SpaceX engineers orchestrated a "PR stunt" by sending a small submarine to help divers rescue the 12 Thai soccer players and their coach from a flooded cave. Unsworth said the submarine, which wasn't used, wouldn't have worked anyway.

"Nonetheless, his actions against me do not justify my actions against him, and for that I apologize to Mr. Unsworth and to the companies I represent as leader. The fault is mine and mine alone."

Musk's Sunday tweet, later deleted, had sent investors away from Tesla stock, which fell nearly 3 percent Monday but recovered 4.1 percent on Tuesday. Unsworth told CNN earlier this week that he was considering legal action. He did not respond to requests for comment from The Associated Press.

In his latest tweets, Musk said the mini-sub was "built as an act of kindness & according to specifications from the dive team leader."

Musk has 22.3 million followers and his active social media presence has sometimes worked well for Tesla. The company has said in its filings with the Securities and Exchange Commission that it doesn't need to advertise because it gets so much free media attention.

But straying away from defending his companies into personal insult brought Musk some unfavorable attention at a time when Tesla, worth more than $52 billion, is deep in debt and struggling for profitability.

In northern Thailand on Wednesday, the 12 Thai soccer players and their coach answered questions from journalists, their first meeting with the media since their rescues last week. Doctors said all are healthy.

May 13th, 2019
Latest in Product Development