The companies will develop electric vehicles powered by fuel cell. 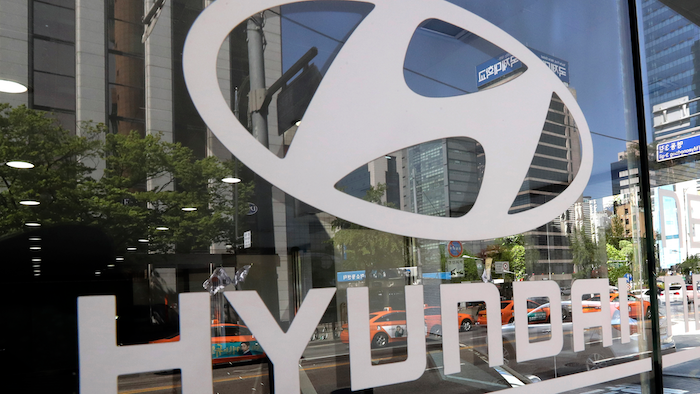 In this Wednesday, April 26, 2017, file photo, the logo of Hyundai Motor Co. is displayed at the automaker's showroom in Seoul, South Korea. Hyundai Motor Group on Wednesday says it has signed an agreement with Audi AG to jointly develop electronics vehicles powered by fuel cell.
AP Photo/Lee Jin-man, File

Under the multi-year agreement, Hyundai's affiliates including Kia and Audi's parent company Volkswagen AG will share components, supply chains and patent licensing. The duration of the partnership wasn't disclosed.

Hyundai, the world's fifth-largest automaker, began to mass produce fuel cell vehicles in 2013. But in South Korea and elsewhere, wider adoption of hydrogen fuel cell vehicles has been slow largely due to a dearth of refueling stations.