The anti-tank and assault weapon system defeats all known armor systems in the world. 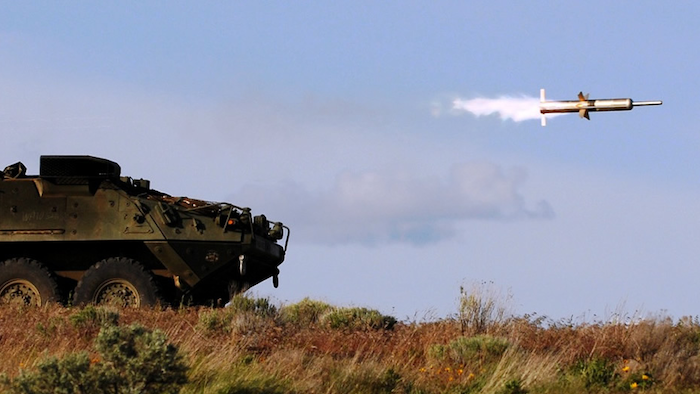 Raytheon's TOW weapon system has transitioned to wireless guidance and is being produced for the U.S. Army, U.S. Marine Corps and all international customers.
U.S. Army

The TOW weapon system—with the multi-mission TOW 2A , TOW 2B and TOW Bunker Buster missiles—is a long-range precision, heavy anti-tank and assault weapon system that defeats all known armor systems in the world.

The anti-armor, anti-fortification weapon system combats battlefield threats and gives ground forces an overmatch advantage against armored and wheeled systems, regardless of the environment or conditions.

The TOW weapon system is deployed with more than 20 international armed forces, and integrated on vehicles and helicopters worldwide. Raytheon has delivered more than 690,000 TOW missiles to the Army, U.S. Marine Corps and allied militaries.

The system will be in service with the U.S. military through 2050.