For new-car shoppers, it's important to know what these systems can — and can't — handle. 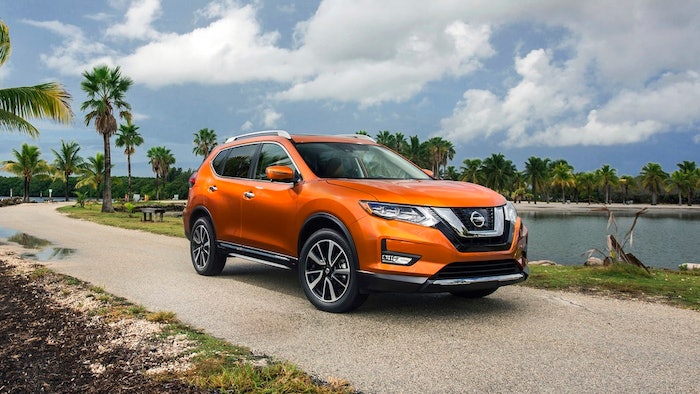 This photo provided by Nissan shows a 2018 Nissan Rogue, which is available with a semiautonomous driving system called ProPilot Assist. Nissan's new ProPilot Assist system is best on freeways with gentle turns and well-marked lanes on both sides. That's the environment Nissan recommends.
Jeremy Cliff/Courtesy of Nissan via AP

You've heard of Tesla Autopilot, but perhaps not always in a good way: The semi-autonomous driving system is now under investigation by the National Transportation Safety Board for the role it may have played in a March fatal accident near Mountain View, California.

But you might not have heard about Cadillac Super Cruise and Nissan ProPilot Assist, two other semi-autonomous driving systems that are available in new cars today. The Tesla, Cadillac and Nissan systems are not exactly the same. And despite a common perception of such technology, none of them allow the car to drive itself.

The adaptive cruise feature can be used by itself in these systems if the driver so desires. Whether or not the self-steering component of these systems is enabled, it's imperative that the driver remain vigilant and attentive at all times.

Autopilot is the most well-known semi-autonomous system. It uses cameras and sensors on the front, sides and rear of the car to observe lane markings and to "see" other cars that are nearby. It's simple to engage, requiring only two quick taps of a stalk. There are no limitations on where Autopilot can be used. Drivers can enable it on the freeway, side streets, or anywhere with distinct lane markings.

This freedom has a downside, though: Side streets are never as consistently well-marked as freeways, and the system cannot respond to traffic signals or stop signs. Autopilot allows for only about 30 seconds of hands-free driving before sounding a reminder to place your hands on the wheel. If you don't comply, Autopilot is disabled for the remainder of the drive.

Notably, Tesla can update the Autopilot software over the air, not necessitating a trip to a service center. As a result, Tesla can quickly send out improvements to Autopilot's functionality or resolve problems with it, such as one Edmunds experienced during a February test drive in our Model 3. During the drive, Autopilot steered the car across the double yellow line into oncoming traffic, requiring the driver's intervention to bring it back into its lane. The problem did not reoccur after a software update.

Like Autopilot, Super Cruise employs a suite of external sensors and cameras. Then it adds a subsystem in the cabin that makes sure you're paying attention: an infrared camera mounted atop the steering column that tracks the driver's eye and head movement. If your focus is not on the road ahead and you make no attempt to take the wheel, the system sounds several warnings of increasing urgency until eventually canceling Super Cruise and slowing the car to a gentle halt.

No other semi-autonomous driving system available today has such a sophisticated driver-monitoring system. Super Cruise is somewhat more cumbersome to activate compared to Autopilot and drivers can only use it on certain limited-access freeways that have been approved by engineers from General Motors, which owns Cadillac. GM updates the database of Super Cruise-compatible freeways regularly.

For now, Super Cruise is available only on the Cadillac CT6 sedan. It's safe to assume it will be deployed on other GM vehicles, but the company hasn't announced any so far.

While drivers can use the system on side streets, it's not well-suited to those roads. Some curves are too tight for the system to handle at the speed limit, and it will cancel its operation and readily return control to the driver in those situations. Like Autopilot, ProPilot Assist requires the driver's hands to be on the wheel at all times.

On the whole, Nissan's system isn't quite at the level of capability of those by Tesla or Cadillac. Rather than referencing map data on board as the Tesla and Cadillac systems do, ProPilot Assist reacts to its environment in real time.

For 2018, Nissan offers ProPilot Assist on its Rogue and Leaf vehicles, with more promised in the future.

EDMUNDS SAYS: While semi-autonomous systems do not make cars self-driving, they can reduce the stress of driving and are worthwhile features for new-car shoppers to consider.