Counter-rotating blades that spin at almost 3,000 RPM will be a necessity in the thin martian atmosphere. 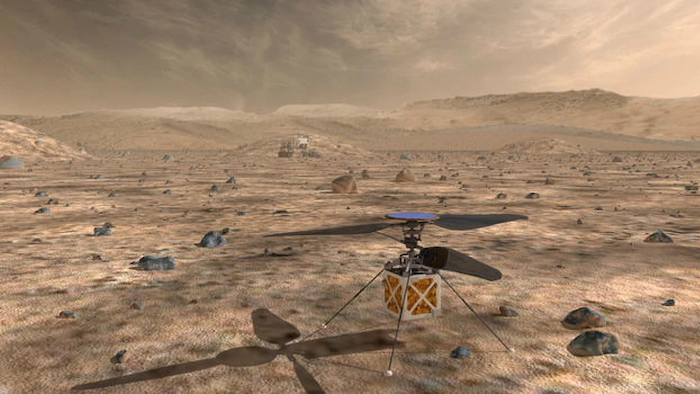 PASADENA, Calif. (AP) — NASA is planning to send a tiny autonomous helicopter to Mars on its next rover mission to the red planet. The space agency announced that the helicopter will be carried aboard the Mars 2020 rover as a technology demonstration to test its ability to serve as a scout and to reach locations not accessible by ground.

The helicopter is being developed at NASA's Jet Propulsion Laboratory in Southern California. The craft weighs less than 4 pounds, has a fuselage about the size of a softball and twin, counter-rotating blades that will spin at almost 3,000 rpm — a necessity in the thin martian atmosphere. Solar cells will charge its lithium-ion batteries.

Flights will be programmed because the distance to Mars precludes real-time commands from Earth.