How to Fight China's 'Pirates'

Tariffs are the wrong weapon. 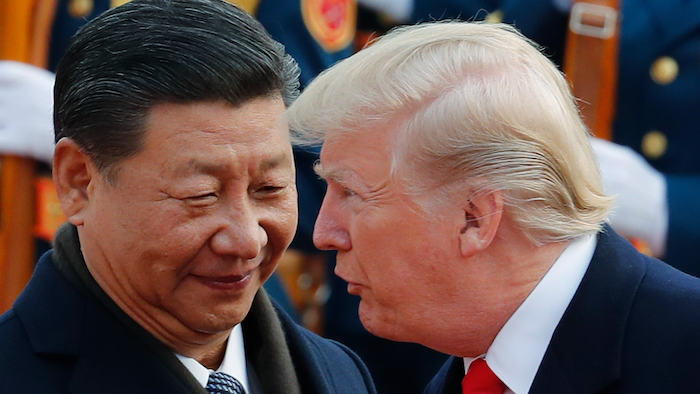 The Trump administration’s face-off against China over intellectual property rights is a battle worth fighting. Unfortunately, the White House has chosen the wrong weapon: tariffs.

The administration launched the first salvo in March, slapping steep tariffs on steel and aluminum, and more recently announced US$50 billion in new duties on a range of Chinese goods. Such unilateral tariffs almost certainly violate the rules of the World Trade Organization. Furthermore, they risk sparking a trade war with China, which would ultimately harm U.S. companies.

Trump’s tariffs may be just a ploy to spur negotiations. Yet persuading China to respect intellectual property rights requires sustained pressure and commitment. Trade sanctions are too blunt an instrument for this task.

Unfair competition laws exist at both the state and federal level and can be used by both private companies and public enforcers (typically state attorneys general) to target unfair behavior that harms competitors in the marketplace. Moreover, while the pain of a tariff is spread across a broad range of goods and companies, unfair competition suits target the actual wrongdoers: in this case, the Chinese companies that have unfairly benefited from Western intellectual property.

As narrowly targeted remedies, such actions are far less likely to provoke retaliation, thus minimizing the risk that U.S. companies would suffer as well. At the same time, such suits offer remedies with real teeth: fines, punitive damages as well as exclusion orders blocking access to the U.S. market. Settlements often result in ongoing monitoring to ensure future compliance.

Holding foreign manufacturers accountable for intellectual property theft overseas represents a novel use of unfair competition law. However, it has already amassed a proven track record.

The strategy began in 2009, with a case filed under federal trade law against TianRui, a Chinese manufacturer of steel railway wheels, alleging use of stolen trade secrets. Although the secrets were stolen in China, the U.S. International Trade Commission agreed that the action threatened to harm U.S. competitors in the domestic market and thus represented unfair competition – a decision upheld on appeal.

Since then, our research has documented at least 17 enforcement actions against foreign companies – from seafood distributors to BBQ makers – accused of stealing software or trade secrets from U.S. companies. Almost all resulted in favorable judgments or settlements.

For example, in 2013, the Washington State attorney general threatened to sue Embraer, the Brazilian manufacturer of regional jet aircraft, for unfair competition based on its use of unlicensed Microsoft software in its domestic factories. Although the software was not used on the aircraft that Embraer exported to the U.S. market, the cost savings realized from the stolen intellectual property were said to be substantial. Embraer reportedly paid $10 million to settle the case.

While suits have been brought against businesses in several countries, Chinese companies have been by far the biggest target, making up half of the cases. Several have had their goods blocked from the U.S. market for 10 years or more. A Chinese maker of barbecue equipment was fined $250,000 for failing to license its software. Moreover, the majority of the cases ended with the defendants entering commitments to license their intellectual property going forward, often subject to external monitoring.

Intellectual Property is Just the Start

Beyond holding foreign companies liable for intellectual property theft, competition law could also be used more extensively as a remedy for many other types of misconduct.

The same underlying theory could be applied against labor abuses in foreign sweatshops or environmental harms and human rights violations if it can be shown that such practices give a company an unfair competitive advantage.

In theory, any illegal manufacturing practice that yields an unfair cost advantage – from the rainforest devastation inflicted by Indonesian palm plantations to the illegal use of child labor by African chocolate growers – could potentially give rise to an unfair competition claim.

So long as the cost savings can be shown to yield an unfair competitive edge when finished goods are sold in the U.S. market, they fall within the jurisdiction of U.S. unfair competition law, allowing lawsuits to be filed in American courts.

Punishing overseas cheating levels the global playing field for U.S. companies. At the same time, it could offer a measure of justice to those powerless to seek relief in their home country, thus protecting some of the world’s most vulnerable populations and environments.

While the Trump administration has used intellectual property theft to justify its tariffs, the federal government has been conspicuously absent from the unfair competition bandwagon targeting such theft directly.

States filed half of the 18 lawsuits we counted, while private companies brought the rest. And the Federal Trade Commission has declined to get involved, despite a petition from 39 states and territories.

To be sure, unfair competition law is no panacea. Lawsuits cannot remedy every form of Chinese misconduct. Some of the practices that the U.S. government complains of are not technically illegal or might be difficult to prove resulted in competitive harms. To be effective, unfair competition actions should therefore be combined with other measures the Trump administration has outlined, including restricting Chinese investment in strategic industries and pursuing a WTO complaint.

Still, unfair competition’s potential has yet to be fully explored. Rather than risking a trade war over tariffs, the Trump administration should lead the battle to hold foreign scofflaws accountable directly using U.S. competition law.