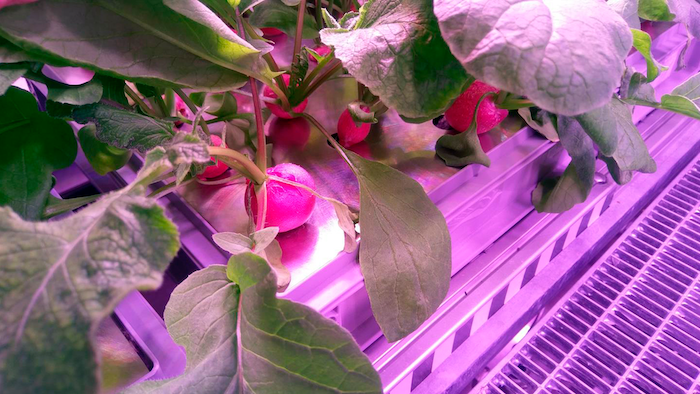 The undated photo provided by the German aerospace center (DLR) shows radish before being harvested in the EDEN-ISS greenhouse at the Neumeyer-Station III on Antarctica. The project without soil but with a closed water cycle, optimized lightning and carbon dioxide levels is a test to become part of the nutrition for astronauts in future moon or Mars missions.
DLR via AP

BERLIN (AP) — Scientists in Antarctica have harvested their first crop of vegetables grown without earth, daylight or pesticides as part of a project designed to help astronauts cultivate fresh food on other planets.

The German Aerospace Center DLR, which coordinates the project, said Thursday that by May scientists hope to harvest 4-5 kilograms of fruit and vegetables a week.

While NASA has successfully grown greens on the International Space Station, DLR's Daniel Schubert says the Antarctic project aims to produce a wider range of vegetables that might one day be grown on Mars or the Moon.