The 12 finalists include Ms. Pac-Man, Metroid and Call of Duty. 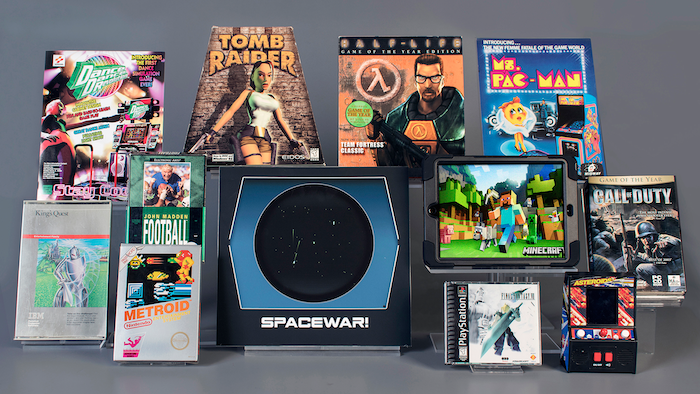 This undated photo provided by the The Strong in Rochester, N.Y., shows the 12 finalists for the World Video Game Hall of Fame class of 2018. The finalists , in alphabetical order are: "Asteroids," "Call of Duty," "Dance Dance Revolution," "Final Fantasy VII," "Half-Life," "John Madden Football," "King's Quest," "Metroid," "Minecraft," "Ms. Pac-Man," "Spacewar!," and "Tomb Raider." The winners will be inducted on May 3.
Bethany Mosher/The Strong via AP

New this year, the hall is inviting gamers to weigh in on inductees. Online balloting closes April 4.

A panel of experts will vote as well.

The winners will be inducted May 3.

Jon-Paul Dyson, director of International Center for the History of Electronic Games, says the finalists span decades, gaming platforms and countries of origin.

"But what they all have in common is their undeniable impact on the world of gaming and popular culture," Dyson said. Both the center and World Video Game Hall of Fame are inside The Strong museum.

Museum officials say thousands of nominations were submitted from more than 100 countries. To be recognized, games must have proven their popularity over time and influenced other games or forms of entertainment. They can be electronic games of any type — arcade, console, computer, handheld, or mobile.

About this year's finalists:

The 27 members of an international selection advisory committee will cast ballots for the winners. The three games that receive the most public votes from the new "Player's Choice" voting will count as another ballot.