Bid-rigging remains entrenched in Japan's construction and other sectors, despite repeated efforts to crack down and pledges by contractors to eliminate the practice. 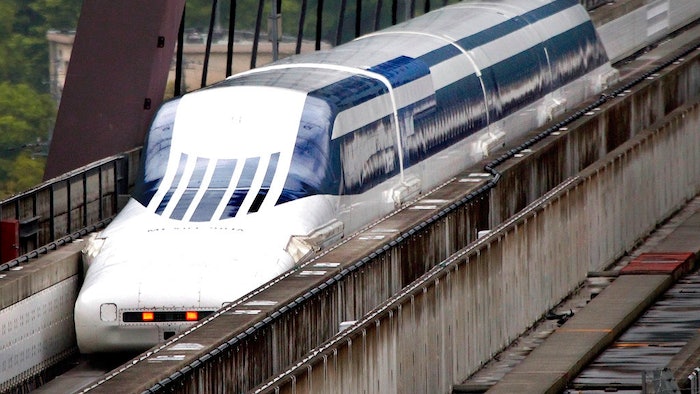 The Tokyo District Prosecutors Office said in a statement it indicted Taisei Corp., Kajima Corp., Obayashi Corp. and Shimizu Corp., along with an executive each from Taisei and Kajima, for allegedly violating anti-trust laws and sending them to court.

They said the builders coordinated bidding to ensure each won a similar share of contracts for the line, called the Linear Chuo Shinkansen.

The $80 billion magnetic levitation, or maglev, railway between Tokyo and Nagoya is a decades-long project expected to reduce travel time between the two cities to 40 minutes from the current 100 minutes. It is expected to open in 2027 and the line is due to be eventually extended to Osaka in western Japan.

Prime Minister Shinzo Abe's government has been a strong advocate of the endeavor.

Work on the line is being carried out mostly by joint ventures led by the four builders, who are also major contractors for building venues for the Tokyo 2020 Games, including Tokyo's new national stadium.

Japan's Olympic organizers said they have decided to suspend Taisei and Kajima, whose executives have been arrested in the alleged bid-rigging, from bidding on new construction of Olympics facilities, effective Thursday. In an email to The Associated Press, the organizers said the decision factored in the "social impact of the case," citing the Tokyo city government's suspension of the two companies from city projects for an unspecified period.

The organizing committee said it would consider allowing Taisei and Kajima to join bidding if their participation is desperately needed to meet deadlines.

Bid-rigging remains entrenched in Japan's construction and other sectors, despite repeated efforts to crack down and pledges by contractors to eliminate the practice.

The project at the center of the maglev bid-rigging is for construction of new terminal stations. Prosecutors said that officials from the four companies met at Tokyo restaurants to discuss ways to ensure they could each win bids from the train's operator, Central Japan Railway Co.

As a result, they allegedly obstructed competition and harmed the public interest, the prosecutors said.