The device could significantly improve the safety, efficacy and precision of medical diagnostics.

Tom Coyne
MR-Link is a Purdue-affiliated startup that is developing a coin-sized, affordable device that can be inserted into existing MRI machines to allow researchers and medical professionals to perform multiple imaging scans at once. The devise has potential to significantly improve the safety, efficacy and precision of medical diagnostics for patients who suffer from epilepsy, Parkinson's disease, depression, and many more diseases.
Purdue University

WEST LAFAYETTE, Ind. - A Purdue-affiliated startup, MR-Link LLC, is developing a coin-sized, affordable device that once inserted into existing MRI machines could allow researchers and medical professionals to perform multiple imaging scans at once and more efficiently and effectively understand a patient's physiology.

MR-Link's device would work simultaneously with an MRI system to record electro-physiological signals and perform multiple imaging scans at once. The device is able to learn when to start and stop recording to capture useful signals during MRI operation.

"The goal of our company is to provide a tool which can help researchers and doctors better understand the different physiologies of the human body," Mandal said. "What we've developed is a very small, coin-sized device that can be safely used in an MRI system to enable all other imaging technologies. The device is very powerful and allows researchers to record, stimulate and image the brain or other organs all through the MRI system. This way the patient can be monitored for more than one thing at a time and the doctor can obtain much more information all at once."

The device has great potential to significantly improve the safety, efficacy and precision of medical diagnostics for patients who suffer from epilepsy, Parkinson's disease, depression, and many more diseases, Mandal added.

MR-Link is a Purdue-affiliated startup that is developing a coin-sized, affordable device that can be inserted into existing MRI machines to allow researchers and medical professionals to perform multiple imaging scans at once. The devise has potential to significantly improve the safety, efficacy and precision of medical diagnostics for patients who suffer from epilepsy, Parkinson's disease, depression, and many more diseases. (Photo provided)

Babaria said one of the main benefits of the device is its affordability.

"We expect our device to cost a few thousand dollars, a tenfold decrease from current technologies. This will be tremendously helpful for, say, a hospital that cannot afford a more expensive machine," he said. "There needs to be a general trend for affordable technology in developing countries so that more people in the world can benefit from technological advancements. Our device fits this need."

"MRI's have enough magnetic force to lift 10 cars into the air, so the less magnetic field you bring into the environment, the safer it will be for both clinicians and patients. Our device could completely eliminate the health risks from magnetic fields and give a more accurate signal quality," he said. "The device is wireless and directly powered and operated by the MRI. It can target specific regions that would provide a much better quality in neural recording and stimulation during MRI imaging."

Liu said similar products on the market do not have the same benefits.

"Most solutions are very expensive, ranging from $100,000 to $200,000, bulky and potentially of concern for anyone wanting to use them," he said. "Additionally, most of the conventional systems on the market right now are not cleared by the Food and Drug Administration for patient or clinical use."

Technology used by MR-Link has been licensed through the Purdue Research Foundation Office of Technology Commercialization.

MR-Link has developed its first working device and is seeking funding and beta testers to move the technology forward.

"We're going through the software integration process right now. Once it is finalized, we will start the beta testing process with national labs and universities, and non-experts too," Mandal said. "Funding is important at this point to secure our next few years and keep making progress. We're also open to partnering with companies specialized in testing MRI device safety or any other company that may be able to help."

The company aims to target the research market before eventually moving into clinical markets.

"We want exposure through universities, research and national labs, but we're also targeting the FDA," Mandal said. "At the end of the day, our goal is to help the clinical market where it could be of great use to physicians and patients as a non-invasive form of diagnostic imaging."

The company has received assistance from the Purdue Foundry, an entrepreneurship and commercialization accelerator in Discovery Park's Burton D. Morgan Center for Entrepreneurship.

"Purdue Foundry has helped us a lot and guided us through the process of setting up a company, making our ideas clear and developing a business plan," Mandal said. "On top of that Purdue University has given us the resources we need to carry out the initial research. This level of support is most critical." 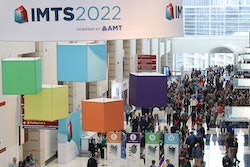 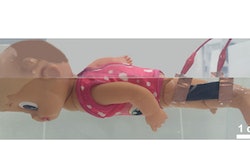 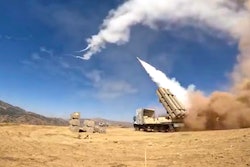